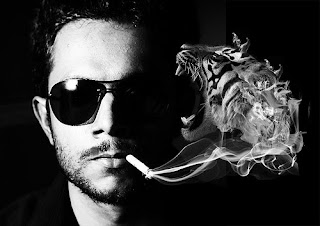 Ever since I graduated from seminary, and thought about theological things in a serious way, I have sort of wrestled with the concept of "sin". Not the actual actions of sin - those of course, I struggle with like everybody else, but rather, what "sin" itself means. What is "sin" in actuality?
The list of theological thinkers on the subject of sin are numerous. The Greek New Testament notion of sin came from a word associated with archery target practice. HAMARTIA is the Greek word Paul uses for sin. HAMARTIA means, "to fall short." Sin is falling short. Luther viewed sin as a sort of; "beard that grows on my face. It is an inimical part of my being. Every time I try to extirpate my sin, it grows back." Paul Tillich, from an opposite camp of reason, thought of sin as "separation - from God, separation from others and separation from self." These are all good thoughts, but for whatever reason, they have not been particularly helpful for me, personally, as a way of understanding sin. I still wonder, what is "sin?" What does it mean - on a basic level.
Here's my latest big idea about what "sin" is. It has been very helpful to me, personally. Sin, simply put, is anything that we do to our selves (or others) that is destructive. Sin = Self Destructive Stuff. And what is it that we do to ourselves that is self destructive? Here's my short list, what's yours?
* Gossip (hurts our relationship with others, and therefore hurts us)
* Overeating/Drinking (obviously self destructive)
* Insecurities (brutal on our "sense of self")
* Being Negative (Negativity breeds negativity - so it burdens the self)
* Pride (puts too much pressure on self, self folds under pressure)
My list continues, but for the eyes of my blog-friends, I will spare you the details.
For whatever reason, this formulation is really helpful to me. So, for example, when Jesus says to the woman who was caught in adultery, "go and sin no more," he's really saying, "go and be self-destructive no more." When Jesus goes to Nicodemus' house, the house of a "sinner". And he says, "Today, salvation has come into this house", Jesus is really saying, "Today, I have helped Nicodemus become less self-destructive in his life." When we think about the fact that Jesus died for our sins, what we are really saying is, "Jesus died for our self-destructive tendencies." He literally died in order to stop the endless tide of our self-destructive natures.
Tomorrow morning, I am going to wake up and start my day by doing as few "self destructive" things as possible. I will keep you posted about my progress....:-)
All for Now,
GB
Posted by Graham Baird at 2:44 PM No comments:

Jack Welch and the Apostle Paul 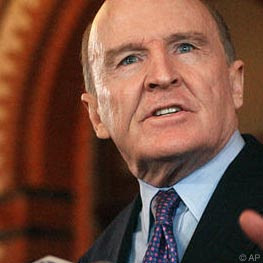 When you think about the Apostle Paul - if you think about him at all - what are the first four images that come to your mind? For me, the answer is the image of a man who is on a long, hot walk, in the middle of the desert, being struck by lightning from out of nowhere. On that lonely road, Paul is brought to his knees before God on the road to Damascus. For me, the answer is also a person who taught and preached his whole life in public meeting spaces, town halls, and synogogues, an orator of soaring proportions. Another image I have is of a man who had the power to both heal and to cast out demons, and who is constantly being asked by his audiences to do both. Paul was a prophet - "a truth teller" - who didn't mince words or tell people what they wanted to hear, but rather, what they most needed to hear.
However, in my daily devotional time with the Bible this week, I made another profound discovery about the Apostle Paul - he was also a great administrator. One might even say that Paul was first and foremost a CEO!
The Apostle Paul was more like a Jack Welch, a Carly Fiorini, a Meg Whitman, a Steve Jobbs and a Bill Gates, than we really think about or realize. Paul was good at raising money, distributing collections, starting churches, developing young pastors (leaders), and overseeing management structures from afar. Paul's churches were like separate franchises, opened in different countries, across the entire Mediterranean world. These are all of the hallmarks of a great administrator.
One of the best examples of a Bible text that lends evidence to Paul's administrative ability is the last chapter of 1 Corinthians. Remember, 1 Corinthians? 1 Corinthians is the book where Paul writes one of the most famous love poems about God in the history of love poetry: "If I speak in the tongues of men and of angels, but have not love, I am only a resounding gong or a clanging cymbal..." (1 Cor. 13:1). It's a remarkable love poem. But then, flip three chapters forward, and you begin to hear the CEO Apostle Paul that stumbled upon in my devotional study this week: "Now, about the collection for God's people...on the first day of the week, each one of you should set aside a sum of money in keeping with his income, saving it up, so that when I come, no collections will have to be made." (1 Cor. 16:1-4). These are very specific managerial instructions. Paul wants things to run smoothly with relation to money. He is giving administrative instructions to his church leaders, so that the "show of money" doesn't become the center of attention when he is in town.
Why is this new discovery so exciting to me? Partly because I have come to realize that great church leadership must include the ability to preach, teach, counsel, and minister to. However it also requires the ability to administer, to manage, to direct, and oversee. This discovery also helps me to see Paul as a more nuanced person than I once believed. Paul is not the one dimensional preacher that Sunday School teachers would like him to be. Paul was savvy, strategic, cunning and purposeful. This discovery also helps to explain a lot of Paul's anxiety and agitation that he expresses after he leaves a church. His thoughts an anxieties are those of a CEO, trying to keep hundreds of details in his head at once.
All for Now,
GB
Posted by Graham Baird at 2:00 PM No comments: 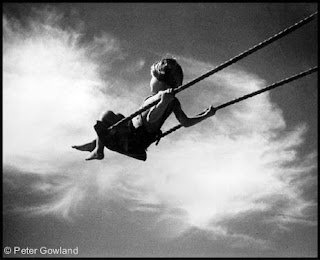 Oh to be two
And to sit on a swing
And not to have a care in the world.
All for now,
GB
Posted by Graham Baird at 7:35 PM No comments:

Change the Water in Your Bowl 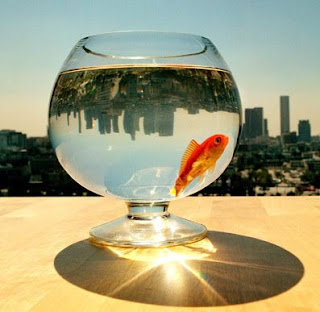 It has been raining in Paso Robles a lot lately. By a lot, I mean, for the past month or so...pretty much nonstop. I'm checking to see if we are getting anywhere near Bangladesh in terms of sheer water volume, but I still think we have a long way to go in order to compare. In the midst of the aforementioned veritable monsoon conditions, my daughter Haley has been a bit stir crazy. The other day she put both hands on the back door pane of glass and said, "Outside, Now!" Frankly, I knew how she felt. But where does one take a two year old when it's raining? The park was out because of flash flood advisories, the swimming pool was shut for fear of lightning storms, Costco was too far away. So...we went to the pet store.
** Special note for parents..., if you need a good outing with your child that is free, the pet store is amazing. Thousands of pets, all in a small space. The dogs all need love, the lizards just need to be looked at...
Ok, so, while at the pet store, my daughter Haley and I bought a fish. Upon driving home Haley declared to me that, "His name is Fyulix," "Oh, cute...Felix the fish?" I asked.. "No, Fyulix." So, we now have a fish named "Fyulix", who lives in a bowl on the kitchen table.
Now, I have owned fish before, so I was very hesitant to have anything to do with acquiring a new one. My experience has always been that the pet store owners will tell you that they are easy, but by the end of the process, you end up requiring precision chemical TLC, perfect amounts of food, purifiers, pumps, thermometers, gauges, and multitudinous calibrated instruments. By the time you walk out, you have spent more on your fish than you would a vintage bottle of Chateaux La Fite.
The man who sold me "Fyulix" told me that all that this particular fish needed was a change of water once a week. And he was right. For about a month now, every week, I have been changing the water in "Fyulix's" bowl. By the end of the week Fyulix is sluggish and slow. After his water change, Fyulix is alive and awake.
So, here's my question for the week. It's a deep and penetrating spiritual question. When was the last time you changed the water in your bowl? I don't mean changed your bowl. Changing your bowl won't get you there. When did you change the water in your bowl? When did you add more oxygen to your life? Not someone else's life. But your own. Not an imaginary life, but your life.
I believe what most people need, including myself, is to change the water in their bowl. The water in our bowls consists of the people we associate with, the books we read, the films we watch, the amount we are talking to God, the time we spend in the Bible... not to mention the amount of time swim in our own....fish stuff.
The apostle Paul talked about putting on "new clothes for God." Paul was onto something, but I need more than new clothes. I need new water!
After Easter, I will be starting a new series at Highlands called, "Oxygen." The main theme of this series will be how we can add oxygen to our lives. How to change the water in our bowls. I'll be talking to God...and of course, watching "Fyulix" for answers to this question...
All for Now,
GB
Posted by Graham Baird at 8:03 PM No comments: