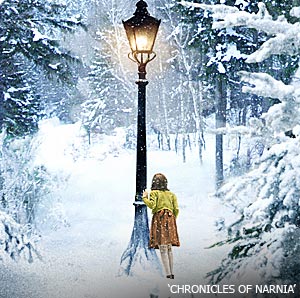 One of my favorite things to do in life is to watch and listen to my four year old daughter, Haley, play.  Haley can spend hours enacting dialogue with her stuffed animals, rubber duckies, or whatever toy she is working with at the time.  The dialogue usually goes something like this, "You're a very nice little kitty," "Oh, thank you Mr. Dog, I like you too," "Do you want to go out and play Mr Dog?"  "No, I think I will stay inside here where it's warm,"  "Oh, ok, I'll stay with you..." "Ok, let's stay together," and so on and so on.  What is fascinating to me is the thin line that is created, in Haley's mind, during these imaginary conversations, between reality and fiction.  Haley actually believes there is some dynamic of life in her stuffed animals, above and beyond their cotton filling and fabric shapes.  The actual act of play brings animation to objects which were once only soft pillowy toys.

One of the most important Christian writers of the past 100 years is C.S. Lewis.  Lewis, a one time agnostic on all things religious, would become one of the greatest apologists of his time, writing some of the most significant defenses of the Christian faith; "Mere Christianity", "The Great Divorce," "Surprised by Joy," and "Screwtape Letters," - to name a few.  However, Lewis' greatest and most impressionable contribution to the faith is in his fictional children's stories, "The Narnia Tales."  These symbolic tableau's which include characters like Aslan the lion, Tumnus the fawn, Ent trees and Centaurs (half men, half horses), are a tapestry of imagination.  When once asked what the deeper meaning of these metaphorical sojourns was, Lewis said, "They're just stories, pure and simple."  But Lewis knew what he was doing.  Lewis knew that a very important key to our faith, and certainly from our development at an early age, is the process of:

Essential to our faith is the ability to, as Lewis might say, "close our eyes, and think about a time and a place, a land which is just within grasp of our own, and yet, millions of miles away.  To paint pictures with our thoughts about snowy winters, and white witches and lamp posts on the edges of wooded areas, and castles called Cair Paravel, and deserts like Turkish delight."  Lewis knew that children have a profound ability to suspend reality, and therefore contemplate new realities, through the medium of imagination.  That children have the ability to begin:

Now, right off the bat I must clarify what I am saying here.  When I say that we must "Imagine God," I do not mean that God does not exist in a very real and concrete way.  God does, to be sure.  God is not an imagined being, but a real one.  God exists in the here and now, and the way back then, and the eternal future.  However, the process of thinking about a reality that exists beyond our reality, a heaven that is above our hearts, a kingdom that is beyond our grasp - and yet exists in actuality, is an essential dynamic of a person's faith journey.

Jesus himself tapped into this human ability to imagine heaven, the kingdom of God, through many of his stories and parables.  Some of my favorite imaginations of Jesus are; "The kingdom of God is like a mustard seed."  When Jesus said that the kingdom was LIKE a mustard seed, he wasn't using a literal comparison, but an imaginary one.  He was literally asking his audience, and us, to close our eyes, and to think about a kingdom that is LIKE a seed.  Another image of the kingdom was a coin.  Jesus said, "the kingdom of God is like a little coin that a woman lost, and spent all day, cleaning the house so she could find it."  Again, Jesus is asking his audience, and us, to imagine a place or a state of reality that is LIKE a woman looking for a coin.

Jesus also knew that for some strange reason, as people grow older, they begin to lose their ability to imagine, and therefore sometimes lose their ability to BELIEVE in a reality that is above and beyond the reality of our own time and place.  This is why Jesus said, "to such as these (children) is the kingdom of heaven."

So, have you imagined God today?  What does He look like?  What wooded ravine, covered with snow and lampposts is He waiting for you to meet with him in the middle of?

Posted by Graham Baird at 9:00 AM No comments:

Ease On Down the Road 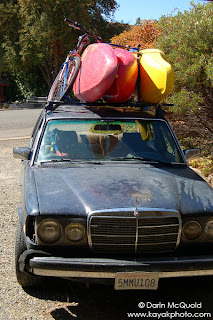 When my family moved from California to Colorado, we decided to begin a process of consolidating a lot of the "stuff" of our lives (moves are great at helping a person to see what's important and what's not important).  To this end, our family gave a lot of "stuff" away.  We brought with us only one coat, rather than two.  We gave away pots and pans that hadn't been used, and toys that hadn't been played with.   Before leaving town, a friend of mine gave me the very good advice to; "put all that you own in the middle of the room, look at it, ponder it, if you haven't used any of this stuff for the past year or so, you probably don't need it - get rid of it."  And so, it was in this vein of "downsizing" that we sold one of our cars and came out to Colorado with just one car.

When we arrived in Colorado, my ever so generous father-in-law told me that it would be ok with him if I borrowed his early 1980's, door dented, cassette playing, gas fume smelling, sometimes starting, electric window busted Mercedez Benz - at least until we got another car.  And so, for the past two months or so, I have been driving my father-in-law's old jalopy to work and back every day - and I have to say, I love it.

I love the way the door sort of slams when you close it, rather than the quiet waft of a newer car's doors.  I love the smell of gas and oxygen that marinates your nostrils when driving it (I guess, "I love the smell of gas in the morning...").  I love the sound system that buzzes.  I love steering wheel that takes a workout to turn.  I love the cup holder that folds down out of the door like a tray table in an antique Soviet aircraft.  But most of all, I love how slowly it drives.  My father-in-law's old car maximizes it's driving potential between 40 miles per hour and 60 miles per hour.  Beyond that, the wheels start to fly off their axis.  So, for at least the past two months, I have;

Eased on Down the Road!

Now, why do I tell you all of this?  Because of this.  As much as I have enjoyed my counter-cultural approach to driving an older car, I have found that many people around me are quite upset about it.  The times people have honked at me, for my slowness in changing lanes has been comical.  The number of people who have flipped me off on the free-way for not driving fast enough I cannot count.  The monster trucks who have sped by me while racing their engines and throwing their cigarette butts out the window are too numerous to count.  One guy actually passed me by the other day, while rolling down his window and saying, "Why don't you just retire old man." (I suppose the man thought that because I was driving an older car, that I must be an old man.  Really, this experience has given me new appreciation for the lack of respect that senior citizens in our society receive...)

Ease on Down the Road.

And here's the thing.  Other people around us will be bothered by this lifestyle choice of ours.  Other people around us will wonder why we are not buying the latest fashions, focussed on the same things, driving as fast as the rest of the world.  Really, I am not kidding about this at all.  Your choice to metaphorically drive your car, family, house, and life slower than anyone else will really perturb the masses.  It will happen.  Trust me.  But who cares.  For me, it has been a renewed joy of life, to discover once again, the effortless peace that is found in;

Easing on Down the Road!!