To Begin With Prayer

This morning is my first official day as senior pastor of the First Presbyterian Church of Burlingame.  I must admit that I woke up this morning with a sense of excitement, anticipation, and hopefulness - "afoot and lighthearted" as the poet Walt Whitman once wrote, "I take to the open road."

Another reason that I am excited about this morning is because today we will launch one of the first and most important ministries at Burlingame.  We will begin a prayer ministry!

Now, this may seem like an obvious point for any Christian ministry.  However, as a fourth generation Presbyterian minister, I have, until recently, and quite unfortunately, sometimes seen prayer as more of an appetizer on the plate of life rather than the essential meat and potatoes that it really represents.  "Oh sure, it is important," I always said.  I have learned that it is...IMPORTANT.

When my brother and I started Highlands Church about ten years ago, we were blessed at that time to have a large number of Charismatic Christians join the church from another church in town that was struggling.  This group, perhaps more than any other, taught me the essential importance of prayer.  I will never forget how every single Sunday morning, in the movie theater where we met, a handful of people would meet in the theater manager's office, amidst popcorn droppings and Sprite covered carpets, and pray for that morning's worship service.  After this, many of them even went around and prayed over each seat in the theater, that the would-be occupants of that seat, an hour or so later, would be touched by the power of Christ.

One of my favorite stories about the power of prayer happened in the city of Seattle at University Presbyterian Church.  UPC, as it is called, had long been a very successful downtown church.  However, one very important ministry outreach eluded that church - college students.  Nestled right on the cusp of one of the most thriving state universities in the country, there were, sadly, very few college students who connected with the church.  A prayer ministry was formed that met in a nearby hotel, called, "The Inn".  Each week, a handful of moms of college students, got together to pray for a thriving college ministry.  It didn't happen over night.  In fact, it would take about 20 years of prayer, and hard work.  But eventually, one of the most successful college ministries in the country developed - so-named "The Inn" because of the name of the prayer group's initial meeting place.

This coming Thursday, and every Thursday that I serve as pastor of FPCB, a group of talented, thoughtful, spiritually-wise, kind and compassionate people will meet in the senior pastor's office (my office) to pray for the needs and concerns of the church, the community and the world.  I am so grateful that my new friend Susan Siciliano has agreed to lead this group.  Susan has such a warm and down-to-earth spirit, that will bless this ministry so much.  Other equally fabulous members of the group will include, Louise Arata, Tiffany Daily, Karen Preston, Marjan Wells, Jodi Lowery, Marilyn Nicholls, and Debbie Trevithick.  Others may join the group over time, but initially this core group will coalesce and discern and bond.  While these women are meeting to pray, I will simultaneously be in my home office writing each weeks' sermon (no pressure:-), so they will quite literally have the place to themselves:-)

If anyone who is reading this blog post has any prayer needs, please don't hesitate to send them to me, or send them to Susan Siciliano, or any members of the prayer group.  We will diligently pray for you!

Oh, and one last thing, this prayer group is also dedicated to the concept of having fun, in each other's company, while praying for others.  No one ever said that prayer needs to be drudgery.  But rather, to lift another line from Walt Whitman, "The long brown path [of Christ's joy and fellowship] will be before them, leading wherever they choose."

And wherever God leads!~

GB
Posted by Graham Baird at 10:05 AM No comments: 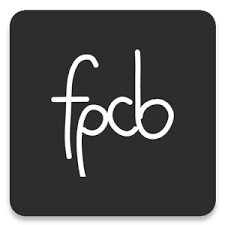 Most of you know by now that after a wonderful three and half years with two churches on the Central Coast of California (Mission Street Church, Goleta Presbyterian Church), in the Santa Barbara Presbytery, that Star and I and the family have been called to be the next senior pastor of the First Presbyterian Church of Burlingame, in the Bay Area, near San Francisco.  Our last Sunday at Goleta will be Nov. 26, and our first Sunday in Burlingame will be the next weekend on Dec. 3.  We will always be thankful for our friends and experiences on the Central Coast, during this recuperative time in our lives, and we will never forget the kindness and love that we experienced here.

Some have asked why we decided to accept the new call in Burlingame.  The short answer is because God called us there.  The longer answer, and the one I want to reflect on in this blogpost, is that First Pres. Burlingame is one of the greatest church...

that I have ever known.

All churches have unique and special cultures.  And the unique cultures of specific churches determine what kinds of outcomes those churches have.  For example, Highlands Church, a church that my brother Jamie and I started in Paso Robles, is a uniquely capable outreach (evangelism) machine.  No church that I know of (in the PC USA) is more welcoming of outsiders to the faith, and consistently works to reach out to them, than Highlands.  Goleta Presbyterian, where I have served for the past 1.5 years is particularly capable and being a "safe place" for people of all theological backgrounds to come and worship God.  In this way, Goleta has the wonderful quality of never judging people who come to church.  People from all faith backgrounds are welcome there (and it must be stated that this is a very good thing).  Perhaps you might reflect for a moment on what the uniquely special culture of the church that you attend is.

So, why is it important for me to be a part of an institution like Burlingame, that is so capable at producing great leaders? Well, in short, the world needs a brand new crop of great church leaders.  Perhaps like no other time in human history has the gap between the world's needs and the kinds of leaders that the Christian church is producing been wider.  And, in my opinion, for whatever reason, seminaries, churches, and other institutions of higher learning just aren't producing the kinds of leaders today that will be required to meet the world's needs going forward.  It is not a statement of hyperbole to say that nearly an entire generation of millennials, and post millennials (the so called "i-generation") are now not only saying "no" to church, they are saying "no" to God.  Things have to change!  So, I am excited to be a part of a church that will help to make those kinds of decisions, and to mold those kinds of leaders.

Secondly, what I have been most proud of in my ministry, up to this point, are the leaders that God has allowed me to help to develop and mold in the churches that I have served.  To create a list of these great leaders would take up an entire blog post of its own, but a short list would include: Mickey Fenn (pastor), Katy Griffin (pastor), James Baird (pastor), and Joe Baugh (worship leader).  Again, this list is not exhaustive by any means, and I don't take credit for their innate leadership gifts, but it does reflect some of what I am proud of in my ministry.

The last reason that I am excited about working for a church Leadership Factory, like Burlingame, is because, let's face it, I'm not growing any younger (:-). At 45, I figure that I have about another 20 years to help make an impact for the kingdom.  That's not to say that God won't be able to use me at 65 for some other great purpose for the kingdom, but that after a lot of prayer and discernment I have decided that this is the best use of my gift set and the time that I have left.

So, if you are a great leader and want to become even better one.  Or you want to learn some new leadership gifts, or you just feel that God might be calling you to something different than what you are doing right now, I want to welcome you to the First Presbyterian Church of Burlingame.  Because it nothing less than a...