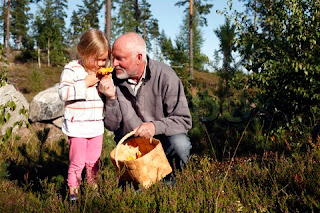 Since I arrived here (Oxford, Cambridge and for a day or two Ireland), a week or so ago, I have heard the most incredible stories from people about their lives, about their hopes and about their dreams.  Here are just a few of those stories, in no particular order or organizational grouping:

*  In Northern Wisconsin there was a small Lutheran parish that had a pair of remarkable funerals that took place on exactly the same day.  Sometime last year, a dear woman who was a member of the church for over 50 years died. When she died she was 101 years old.  Her passing was deeply mourned and remembered by the entire community.  On that same day, sadly, a brand new baby who was born to a young couple in the church died.  The baby had only been alive for 1 day before God called the little thing home.  On the same day, the church had two funerals, one for the 101 year old legend, and one for the brand new baby boy who had only been alive for one day.  Both lives were a testament to God's grace and God's provenance.  The local church community gave God thanks for both lives, though one was very short, and the other very long.  They sang the words of the worship song, Blessed be the Name of the Lord, at the funeral: "God gives and takes away, God gives and takes away, my heart will surely say, Blessed be the Name of the Lord."

*  As I was walking along a country road here in Einiskerry, a small city outside of Dublin, I was holding my daughter Haley's hand, and singing an old Irish ditty.  I sang, "In Dublin's fair city, where the girls are so pretty, I first set my eyes upon Molly Malone....Alive alive ho, alive alive ho, with mussels and cockles....Alive alive ho..."  As I sang this song, an old sheep herder, wearing a tweed stalkers cap said, in a thick Irish accent, "Son, It's cockles and mussels, not mussels and cockles..."  The sheep herder was quite right, I had gotten the tune wrong....

*  In a small town in southern Minnesota, a seven year old little girl was mourning the eminent death of her grandfather, who was about to die of heart disease.  The two had had a wonderful relationship through the years, and the grandfather was deeply sad about the prospect of saying goodbye to his loving grand-daughter.  The grand daughter went to the hospital room to say goodbye to her grandfather for the last time.  "Grandpa, when you get to heaven," said the little girl, "I want you to give this note I have written to God."  The little girl placed a hand written note in her grandfather's hand, which had a single sentence upon it, written in blue crayon, "Dear God, please take care of my Grandpa, I love him!"  At the funeral, which was held at a local crematorium, the family all sat around a tiny urn which was in front of the church.  They had to explain to the little girl, that grandpa was still there, but not in the coffin, but the urn.  The little girl said, "I know, but Grandpa still has the note in his hand...I just know it."  Children see things that we adults will never see.  They know things that we will never know.

*  A college friend of mine who is currently a Barrister in Dublin, told me about a time when he was a student and he was trying to get home for the holidays.  He was a poor college student and didn't have enough money for a cab, or the train or even a bus.  So my friend had to resort to hitch-hiking.  After about three hours, my friend was convinced that nobody would pick him up (as car and truck, one after the other passed him by).  Finally, after about three hours, a very nice car pulled over to give him a ride (I'm not sure what it was, but I imagine a Mazzarati).  My friend opened the door, and who should be sitting behind the wheel, but Bono, the lead singer of the band U2.  Bono said, "Would you like a ride?"  On the way to my friend's house, Bono asked, "So, you are a student, how is it going at Uni right now?  Do you have any challenges?  What's your favorite thing to do when you are not studying."  Bono let my friend out.  Bono gave my friend, the wayward student hitchhiker, a ride home...

All of the aforementioned stories are 100% true and were related to me by very reliable sources, whilst I have been here in the UK and Ireland

All For Now,
GB
Posted by Graham Baird at 7:35 AM No comments: