No One Else Is Having More Fun:-) 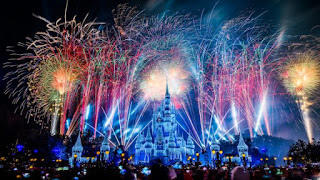 So, today is New Year's Eve.  It is 3:34 post meridian to be exact.  This marks my 46th new year's eve, which if you are good at math, you can figure out how old I am as well.  And here's what I have experienced in at least 40 of those years of New Year's celebrations (grant you my 6 year old New Year's celebration involved popcorn and an early showing of Mr. Rogers neighborhood):

For 46 years I have sought out the most fun thing I could think of doing on New Years Eve.  I have sought out the most fun celebrations when I was single in my twenties.  I have searched out the most happening locales, which I did when I was married without kids.  I have undertaken the most entertaining restaurants, house parties, church activities, venues, places, spaces and more.  To this end I have celebrated Hogmanay (the Scottish version of New Years) in Glasgow, Scotland.  I have watched fire works shot into the sky over the Nile River in Cairo, Egypt.  I have visited happening night clubs in Copenhagen, Denmark, and in Minnesota (actually went to Prince's famous Purple Rain bar).  I have eaten at some of the nicest restaurants (The CIA "Culinary Institute of America" - Greystone, in Napa being my favorite).  I went to fun house parties in San Francisco on the boundary of the Castro and Noe Valley where my sister used to live.

And here's what I have found.  No matter where I was at the time, I always thought someone else was having more fun.  I would invariably be sitting in a room of people, say in San Francisco, who, when the ball dropped on New York's Time Square, were watching the television screen.  And everyone watched with a pining inner angst as they watched other people having more fun than them.  And then, everyone would look around the room at each other, and the glance in their eyes said, "I wish I was there in that place, rather than here in this place."  But guess what?

New Year's Eve is one of the most aspirational holidays that, to be honest, never seems to meet its own aspirations.  I have spoken with people who were standing but a few feet away from the ball dropping in Time's Square in New York, and within eyeshot of the equivalent of Anderson Cooper and Kathy Lee, and they were totally miserable.  The temperature was like 25 degrees with wind chill, and all of them standing there were wondering if someone else around the world was having more fun.  Actually, I have heard that in New York, they show pictures of places like Dubai and Sydney and London, and everyone wonders of they are having more fun in those places.  But, you get the picture:

So, make the most of where you are!


Posted by Graham Baird at 3:45 PM No comments: 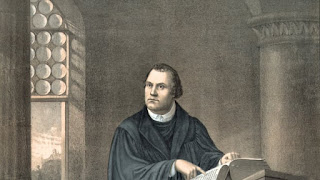 I was reading a book recently about the 16th century Reformer, Martin Luther.  WAIT!  I know, Martin Luther is sort of a boring topic to write a blog post about.  However, I just learned something very interesting about Martin Luther.  He was really the first "televangelist", "mass media pastor".  In today's terms he might have been considered the Rick Warren of pastors, or Billy Graham, or what have you.

As you know, the Gothenburg Press was just being invented and used for mass communication purposes about the time of the Reformation.  What I didn't realize, is that Luther never really intended for his famous "95 Theses" to be published.  Luther simply wrote up a series of debating theses, for his students at seminary to be debating in class, that involved the Catholic Church.  You remember your debate days: "Resolved that a Comprehensive System of Health Care Reform be Implemented". Someone found his theses, thought they were so good, that they mass produced them and sent them around the entire German countryside.  Before Luther knew it, he was famous.

This has gotten me to thinking about the importance of mass communication when it comes to modern day church work.  When I was first starting New Churches with my brother Jamie, about 10 years ago, the best way to get your name out as a church was to send mass mailers in snail mail.  These still have some impact.  However, today, online platforms like Facebook, Snapchat, Instagram, are actually much better.  Each week, I film a little video snippet for these, letting the larger community know what God is doing at Burlpres.

Frankly, this blogsite used to be a wonderful way to reach people, however, technology has changed, as new digital platforms have emerged.

If you are a pastor of a church, or are in a congregation that doesn't use mass media to reach the larger world, you are missing out.  If Martin Luther could do it, so can you!