"He Was Beautiful and Brave" 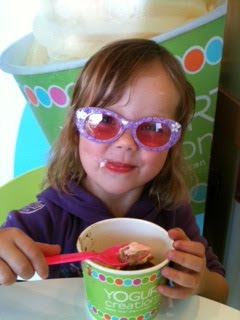 Three year olds are known for their cute, quirky pronouncements. But my three year old recently "took the cake" with a statement that came completely out of the blue, and totally unsolicited. While sitting on the kitchen floor and reassembling our kitchen cupboard for the twelfth time, Haley said; "Daddy, you are beautiful and brave." All week long I have been pumping myself up with the very same phrase - when meetings go long, when financial statements get lengthy, I say to myself - "Daddy, you are beautiful and brave." In fact, I like the phrase so much that I am requesting that it be put on my gravestone someday; "Pastor, father, husband, friend...he was beautiful and brave."
Not that I am thinking about gravestones much, or morbidity in general. I love life!!! But as I have been thinking about it, I have been pondering how it is actually not a bad idea for all of us to take a few moments every now and then, and think about what words we would like to have said about us, when we die, to think about what sentiments we would like to leave the world with, when we go, to think about what we would like it to say...on our gravestones.
I am told that Willow Creek recently did a staff retreat in which they asked all of the staff members to take huge pieces of construction paper, and to design their own gravestones. They asked each staff member to write the words that they would like to be remembered by on large pieces of paper that were later put up on the wall, and reflected deeply upon. (BTW: this exercise definitely lends itself to lots of dark comedy material...as in, and then the whole staff were fired, and then they served up the cool aide...and it is not recommended as a staff retreat exercise unless you have the leadership ability of a Bill Hybels to pull it off, and even then I'm not sure...). Later comments about the retreat were that it was the most meaningful time they ever spent together as a team. And from that moment on, they all Rested in Peace (just kidding).
Church yards and cemeteries around the world are filled with the markers of great and lowly people alike, and tombstones that are equally great and lowly. Here are some famous epitaphs that I like. William Butler Yeats, the great Irish poet, had as his epitaph; "Cast a cold eye, on life, on death, horsemen pass by." BP Roberts' epitaph was more humorous, simply, "I told you I was sick." Merv Griffin's epitaph reads like a punch line to a joke; "Merv Griffin, I will not return after this message." Billy Wilder's is more narrative; "Here Lies a Writer, But Then Again, Nobody's Perfect." The troops who lost their lives in Burma left an epitaph that reminds us to be thankful; "When You Go Home, Tell Them Of Us And Say, For Your Tomorrow, We Gave Our Today".
What is it that you most want to be remembered for in the short life that God has given you to live? What one thing, or things, or causes, do you want it said of you, "that's what she/he stood for?" What would you like your life to have meant, when all is said and done. Don't bathe yourself in these questions, but at least ask them of yourself for one mili-second today.
For me, I am still working on the answer to that question. But whatever I come up with, it will be hard to beat - "He Was Beautiful and Brave", from the lips of a three year old.
All For Now,
GB
Posted by Graham Baird at 9:35 AM No comments: 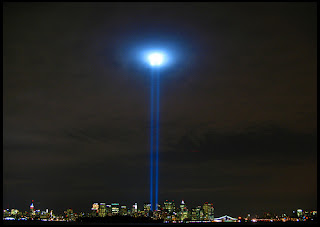 On Saturday night, the eve of 9/11, Highlands Church splurged and rented two 100,000 watt beacon lights to cast two sovereign beams into the night sky to commemorate and to give homage to the events of 9/11. The original purpose that the church rented these lights, and made this investment was simply to offer a quiet but meaningful commemoration of the lives lost on 9/11, and to help people connect the church to a relevant expression of people's pain, and a potential place for hope. Little did we know what an incredible experience it would be in connecting people in the community to the light of Christ...in helping people to follow the light.
Promptly at 8:00PM, like the starting of an antique engine of an old model T Ford, the two huge beacon lights were started up, and turned on. Almost at once they sent light beams into a seeming cosmic soup of mist and night sky. From my own house, almost two miles away from the church, I could see the lights cutting through the blackness of the night, like some great peace offering, or a covenant made by some patriarchal tribe from my faith system's past. As the lights started up I could almost hear the Hebrew words, ""CARAT BAREEAT" (cut a covenant) being emitted from their source. Later that evening, people as far away as Creston (15 miles) and Bradley (20 miles) would tell me that they too could see the lights from their own front porches. My own daughter, just 3 years old, squealed with delight at seeing the lights that evening, completely unwitting of what they symbolized or the reason that they existed for the tragedies of 9/11.
But here was my favorite part of the experience. When I arrived at the church at 8:30 to prepare for the memorial service that we would hold there (for the handful of people who would come) there was an incredibly powerful and very organic commotion of energy. It seemed that people from everywhere, every country road and cowboy hamlet around the church, were driving towards the light. I personally witnessed a tow-truck company employee drive up in his rig, get out of the cab of his truck, pull out his cell phone and take a picture of the twin beacons. I saw a cable company utility man pull his van right up next to the church and roll down his window, and peer at the lights for at least fifteen minutes, before wiping the tears from his eyes and driving away. My favorite sight were the image of two high school kids, gang-like in their attire and demeanor, jumping out from two bushes near the church, glancing up at the lights, and then running away, like children who had just tagged an opponent on an elementary school yard and saying - "you're it."
Here's a text that I have been pondering: "After Jesus was born in Bethlehem in Judea, during the time of King Herod, Magi from the east came to Jerusalem and asked, "Where is the one who has been born king of the Jews? We saw his STAR in the east, and we have come to worship him." (Matt:2:2)
Maybe the gospel of Christ really is as simple as shooting up two twin beams on a Saturday night, in the middle of a field, and seeing who gathers. Maybe it is as basic as helping people to see something that is full of light, and God-filled, and redemptive, and transformative, that they have never seen before. Maybe our jobs as Christ followers really are about cutting through the darkness of the places in which we live, and offering hope. Maybe it is all about helping people to just...follow the light.
All For Now,
GB
Posted by Graham Baird at 8:10 PM No comments: 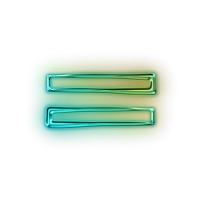 Philosophers throughout the ages have enshrouded themselves with the singular question of (=), what it all equals. Descartes imaged that the equals of life might have been the ability to think - "doubt" - "Cogitae Ergo Sum" "I think therefore I equal something." Kierkegaard imagined that the equals of life was some sort of existence of faith, suspended over and above our "Fear and Tembling." Hobbes contemplated the equals of life being, "nastiness, brutishness and shortness."
But all people who have ever lived have wondered about (=).
And most of us know what the equation in life is. For all of us the equation is a little different. But we know the equation. It's always some variant of A + B = C. Or C + D = E, or whatever (I should probably warn you that I was never really very good at math. That's why I became a pastor). For all of us the numerical integers mean different things. "A" for some people is being unemployed. "B" for others is growing up in a single parent home. "C" for others is having a drug addiction. And the integers don't have to be bad or challenging things. "A" could be that you go to church. "B" could be that you like to garden. But what we really want to know is not what the integers are (that's usually pretty obvious), but we want to know what it is that life is all leading to...what does it equal.
One of my all time favorite books is Victor Frankl's, "Man's Search For Meaning." If you haven't read it (and if you haven't, you should), Frankl's book recounts his tortuous and awful existence as a prisoner and internment survivor in the Auschevitz concentration camp, just outside of Katiovits, Poland. Frankl discusses how the experience of being a POW left him completely bereft of any desire to live, or even desire to exist in a world that could harbor and allow such injustices and pain as Auschevitz. Frankl meditated on the complete lostness of his entire existence for days, months, years, on end, as his friends and family members around him all died. Finally, Frankl came to the great epiphany that the most important thing in life was "Choice." Frankl knew that he had a choice to live or die or not. And that in some way, his ability to choose in life is what afforded him "meaning" (hence the title of the book).
To offer a different title for Frankl's book, we could call it, "Man's Search for What it All Equals." And all the people who have ever lived in the history of the world have sought the answer to what it all...equals.
Solomon (SHLOMO), from the Old Testament is the most famous and eloquent example of a sojourner of the elusive (=). Solomon makes the bold statement in the beginning of Ecclesiastes; "Meaningless! Meaningless! Utterly Meaningless! Everything is Meaningless." Put into our modern formulation Solomon is really saying, "Nothing Equals Anything, Everything is Equal-less."
All of this really leads up to Jesus. When you think about it, Jesus is the ultimate equals sign. Jesus would ultimately give himself the designation of an equals sign. Jesus said, "I am the WAY, the truth, and the life." Jesus said, "I am the WAY...the equals sign." I am the equals sign for eternity. You and I (A) plus faith in God (B) = equals (Jesus Christ), (C) eternal and fruitful life.
So, what do you think? Book or no book? If you are reading this blog post and you are a famous publisher, I just want you to know that I have a lot more ideas to share about what the concept of (=) actually equals...
All For Now,
GB
Posted by Graham Baird at 10:30 PM No comments: