Out of Egypt - An Immigrant Story 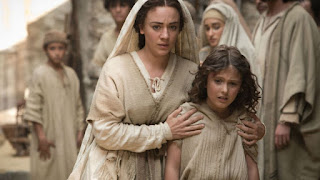 Over this summer holiday, I have been reading an incredible book called, Christ the Lord: Out of Egypt.  It is Jesus' first person account of his early life, as narrated and beautifully written by the queen of, yes, "vampiric novels and screenplays" and all things bloody - Anne Rice.  Apparently Rice is a Christ follower, or at least interested in the things of Christ, and her book reads as compellingly as any narrative I have read about the early life of Jesus.

What has struck me, at this interesting juncture in history, as immigration and human rights once again come to the fore (when 2,300 children and counting have been separated from their parents at the border of Mexico and the United States), is that Jesus and his family were, of course, immigrants.

Rice does a better job of annotating Jesus' early life, than I will be able to in the context of this blog post, but Jesus and his family fled the Holy Land when Jesus was about two or three.  They then became immigrants, and had to flee to the nearest country that would accept them.  Egypt was the best and closest answer.  And so the Holy family fled, political oppression, human rights violations, murderous rampages by an insane dictator named - Herod I (self-named Herod the Great, as all megalomaniacal leaders are prone to do).

This brings the life of Jesus into a much larger light when we consider that when he was just a child he most likely cast eyes upon the pyramids of Giza, and the Sphinx, and would have beheld the great library in Alexandria with his own eyes, before it burned to the ground in 270AD.  Jesus would have experienced the wonder of domesticated cats, and men of society who wore eye makeup like king Tut (but I digress).

Egypt, of course, plays figuratively into the entire history of the Bible, as a place that readily accepted and embraced the immigrants of the Holy Land, going back to the time of Abraham; "Now there was a famine in the land.  So Abram went down to Egypt to sojourn there" (Gen. 12:10).  This extends to the time of Jacob and his son Joseph, and subsequent sojourn of the family there,;"'Why do you just keep looking at each other?  I have heard that there is grain in Egypt.  Go down there and buy some for us, so the we may live and not die" (Gen. 42:1-2).  Egypt, it would seem, for about a 2,000 year period, had a very porous border with neighboring countries, allowing immigrants to enter and exit, for the most part, without harm.

Move to the time of Jesus.  And now let us ask a question?  What if Egypt had not accepted immigrants from neighboring countries whose people were facing political oppression?  What if the Holy family had been turned away?  What if the family had been separated, with half of them going to a prison for adults, and Jesus and his brothers and sisters (yes, Jesus had siblings, Joses, James, Judas, which Rice does a nice job of elucidating) to a separation facility for children?  What if the Holy family had never been able to reconnect with one another after separation?  What if Jesus had had to be raised by prison guards and immigration authorities?  The questions boggle the mind.

Here are my last set of questions.  What if another prophet or great leader is among the children who are now being housed in separation facilities?  What if another great leader (like Moses, another Jewish castaway who had beginnings in the land of Egypt), is now in the slavery of a chain link fence or cell, withering away with the heat of indifference and injustice?

Who knows the answer to these questions.

As a student of history, I know that truly great countries, like Egypt, Rome, even Great Britain, have always found a place for, "the least of these" (Matt. 25:40).

GB
Posted by Graham Baird at 7:39 PM No comments: 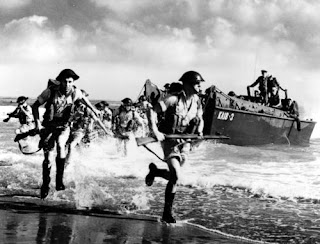 The late great philosopher and political theorist, Karl Jaspers (bear with me a moment, I have a larger point to make), once wrote about "Axial Civilizations".   Jaspers wrote about the fact that there are certain civilizations in the history of the world, that became so-called axial (pivotal, fundamental) moments in the future of global civilization.  What I want to reflect upon in this blogpost, is the power of an - "Axial Moment."  That there have been certain moments in history which played axial (pivotal) roles in the future of the world.

One of these axial moments is - June 6!

For example, on this very day, just 74 years ago (June 6, 1944), 160,000 Allied troops stormed the beaches of Normandy in a battle that would later be called "D Day" - in order to force an extremely significant thrust in the prolonged effort to push back the Nazis and to win the Western Campaign of World War II.  Nine-thousand American troops died on this very day, for our country, just 74 years ago.  Those brave souls who gave their lives, climbed the beach heads, under extreme pressure from the Nazis, only to die upon those white sands.  To become the "flowers of the forest", and fallen heroes, as later poets would write.

On this same day, just 50 years ago (June 6, 1968), a US Senator named Robert F Kennedy, the brother of the late President John F. Kennedy, was shot and assassinated in the kitchen of a hotel, named "The Ambassador", in Los Angeles, California.  Just after Robert Kennedy bellowed the words from a be-chisseled hotel podium; "Now it's onto Chicago, and let's win there", a lone gunman (as far as historians know) shot the young senator multiple times, leaving him limp, only to die on a cold, commercial, kitchen-floor.

What to make of this convergence of historic events?

Except to say that many young people have fought for the betterment of this country, only to be cut down too young, and too soon.  Also, that life is fragile.  And that these liberties of ours (freedom, truth, independence), these liberties that we keep, were not (to paraphrase Shakespeare's play Henry V), "purchased cheap".

Perhaps another reflection is that in both of these axial moments, there was a stated aggressor (Sirhan Sirhan in the former case, and the Nazis in the latter), there is an example of a violent perpetrator and a victim.  And that the would-be victims stood-up to, and ultimately vanquished their opponents - not through sheer force alone, but through good will, vigilance and the test of time.

Finally, I guess it makes me sad, from the standpoint of a person living in the year 2018, 74 an 50 years later, to know that though we have progressed in many ways, in so many more, we have miles and miles yet to travel.

Posted by Graham Baird at 9:44 PM No comments: