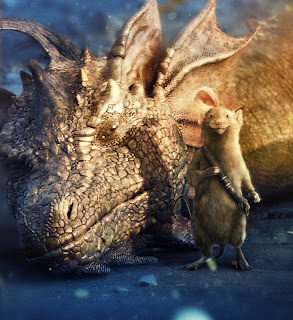 I run into the same problem every year. Every year I compose a list of resolutions for myself on or around the January 1, the New Year. These resolutions are usually comprised of both lofty aspirations for my professional life as well as deeply engrained discipleship measures for my personal life (like not cussing so much, even though that's not one of them, or if it was, I couldn't tell you, because then I would have to kill you., er sumpin.) I usually feel better after writing these resolutions, as if I had actually accomplished them by the very act of writing them - did I mention that I am a "list person"? Every year this list gets composed (committed to memory, lest anyone should ever find the written record and hold my resolutions against me). But then, sometime before Easter, usually before the yard arm crosses the calendar on the beginning of Lent, the same thing always happens. I forget my lofty intentions, I lay aside my aspirational goals, I waylay my elevated aspirations, I dismiss my well intended attempts, I put aside my...New Year's Resolutions.
So, this year I am going to try something different. I'm going to let God do my New Year's Resolutions. I'm going to let God decide what resolutions I should have, I'm going to let God put my resolutions before me, I'm going to let God remind me when my resolutions get forgotten. I'm not going to do my New Year's Resolutions...God is.
And this isn't a cop out. In my thirty-nine years of living (gulp 40 is knocking at my door), I have never been able to accomplish anything of real worth on my own. The more I try to better myself, the further I get from my goal. The more I attempt to elevate my soul, the more full of pride I become. Actually, the very act of making resolutions for me can be a way of sabotaging myself before I even begin. Resolutions are usually a compilation of the things that "I" want to accomplish, rather than God.
One of my favorite scenes from C.S. Lewis' Narnia tales is when the character Eustace, from The Voyage of the Dawn Treader, tries to shed the dragon scales that he has acquired over the years. Through his constant unkindness to other Eustace essentially turns into a dragon. But then, Eustace realizes that he does not want to be a dragon anymore, so he begins to scratch and claw at himself, to get the scales to come off. Eustace tries and tries and tries, but he cannot take off his scales. They are like the skin of a snake, and always grow back, after he tries to remove them. Finally Aslan, the lion and Christ figure, arrives on the scene. "You will have to let me undress you," said Aslan, "you will have to let me remove your scales." Aslan continues, "for only when I take off your scales can you really be free." Aslan pulls off Eustace's scales - one by one. It is a very painful process. Each scale hurts as it is removed. But when the scales are finally all removed, Eustace becomes a little boy again. Eustace is free!
This year I am going to let Aslan take off my dragon scales. And, I'm going to let God do my New Year's resolutions. It may be a more painful process, but in the end, I know it will be the only way to have my personal changes last.
All For Now,
GB
Posted by Graham Baird at 2:30 PM