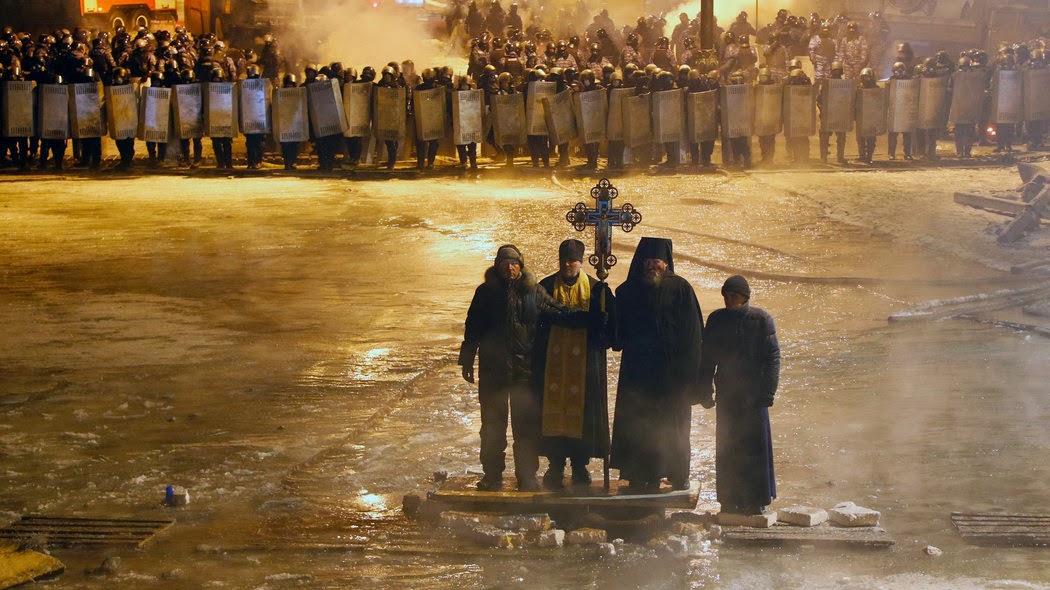 As this weekend's Superbowl picks up steam, the international football contest this year between the Denver Broncos and the Seattle Seahawks, I thought I would weigh in this week with a few words about the difference between:

Before I begin, and so that no-one thinks I am being a party-pooper by raining on the Broncos or their chances of winning the Superbowl, I should say that I am a big football fan.  I have lots of orange clothes in my closet.  Ever since I grew up in Boise, Idaho and I began cheering for the Boise State Broncos, I have been a sucker for teams dawning orange and blue and having stallions as their mascot.  And since I have the chance, let me include a fight song that our own church choir, "Big Blue" (renamed "Big Orange and Blue" for the game) recently recorded.

This song was featured on our local television station last night KOAA as an example of a church weighing in on athletics.  I loved the song.  I loved the news-coverage.  So, I'm all for fun competitions of athletic prowess.

However, I have been thinking that there is a big difference between:

Strength is almost always visceral, it is skin-deep, it is muscular, it is athletic, and it involves great bursts of brute force and physical exertion.  Strength helps us to lift a weight higher, move a ball further, shoot a basket better, throw a javelin further, and ski a slope faster.  On the field of battle, or in a skirmish, strength is what helps a soldier or a combatant to vanquish their foes.  Strength is the stuff of this world.  Strength is what the Broncos must tap into if they are to win the game this weekend.

Power, on the other hand, comes from an inner source.  Power derives from a higher source.  Power is spiritual, and calls upon forces within us that are deeper than muscle and stronger than bone.  Power, when it is properly focussed and healthfully engaged, comes not from ourselves, but from God.  We become the receptacles of power when it is properly channeled.  We become the vessels of something larger than ourselves when power is real.

This past week, I was deeply moved by a picture I saw in the New York Times that involved Orthodox priests standing in the middle of a battle field.  The scene is between protesters on one side, and a police barricade on the other (I have included the picture in this post...as they say, a picture says a thousand words).  The details of this scene are not that important, but somewhat interesting.  At 10:30 PM on Friday night in downtown Kiev, Ukraine, just next to the soccer stadium, a conflagration broke out between a thousand or so protestors and an equal number of police forces.  Over the course of the past few months, protestors there have taken police officers hostage, and police officers have killed protestors.  The national scene is literally a powder keg waiting to blow up.  In short, it is:

In the midst of all of this muscular force, real power stepped forward.  Orthodox priests from a neighboring church heard the conflict begin to erupt, and instead of hiding under their desks, or fleeing to the basement of the church, they did something remarkable.  They put on their worship frocks, picked up their crosses and headed to the center of the scene of the conflict.  There they stood, in between the police officers and protestors.  Forces on both sides jeered at the priests and told them to move so that they could continue with their bloodletting.  No go.  The priests wouldn't move.  They had:

The priests genuflected (the sign of the cross) to each side.  The priests prayed.  May each of us find the same power in our lives, not from ourselves but from the higher source of God in us.