The Little Child That Could 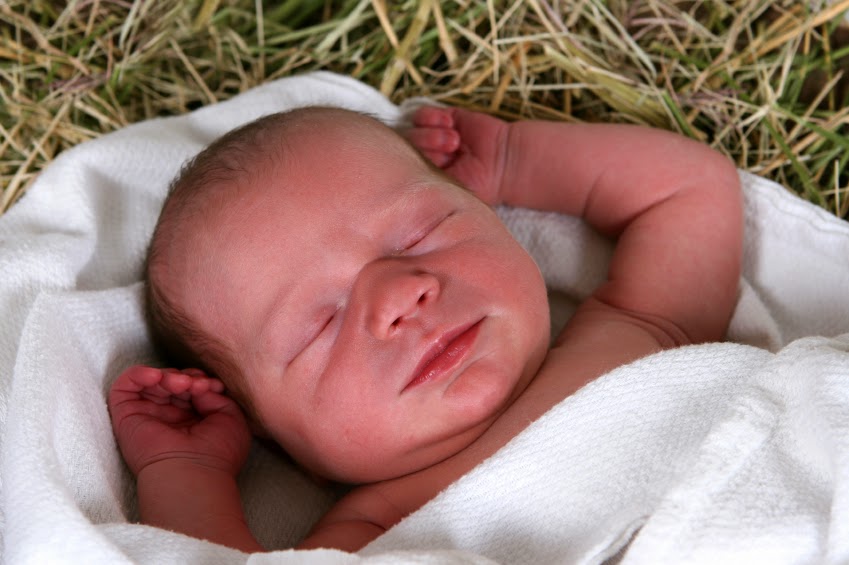 Most of us view history backwards.  No, Duh…that's why it's called history, right!?!

But think about it for a moment.  All of history is viewed from the present backwards.  In other words, we start with the time line today and we move to the left.  Today is Dec. 15, and yesterday was Dec. 14.  History is about standing in the middle of today, looking back and seeing the events that occurred yesterday.

If we were to look at the recent history of the events that have occurred in Camarillo (major mudslides after torrential rainstorms), we might write history this way; "There were these huge rains that hit Southern California.  The rains caused billions of loose rocks to fall on houses at the base of Camarillo Springs.  No residents were killed or injured, but the clean-up efforts will take months if not years." Thankfully that was the historical narrative from Camarillo this past week.  However, in the middle of the rains, in the middle of the mudslides, no-one knew how big it would be, or whether there would be fatalities or injuries.

By the way, thank you so much for your constant flow of prayers and support for the entire community.  We really appreciate them!

And so it is with all of the major events of the history of the world.  We view history backwards:

*  We view the history of the US Civil war as a clash between North and South.  The North eventually prevailed.  But no one at the time knew if the North would win or the South would win.

*  We view the history of World War II as a clash between Germany and Japan and Europe and the United States.  The West won, but no one actually knew at the time whether that would be the case.

*  We view the history of the Plague as a medical epidemic that claimed the lives of millions of Europeans in the Dark Ages.  The Plague was eventually marginalized, and almost eradicated, but no one knew at the time whether this pestilence might, in fact, be the end of humanity.  History is viewed backwards.

*  Christianity is often viewed the same way.  Backwards.  Most Christians view the life of Jesus from the standpoint of the cross.  Jesus came into the world, lived, worked, healed did miracles, and then was killed on a cross, and then on the third day, he rose again from the dead.

However, it can be an interesting reversal, for a brief moment, to view history not as a backwards reflection, but as a forward reflection.  In order to do this, one needs to try to put themselves into the shoes and the context and the lives of the people who were living at the time.  To look at the life of Jesus forwards, then, doesn't put the main emphasis on the death and resurrection of Christ, but on the birth.  Wveryone living before the birth of Jesus, who lived in the Abrahamic faith and culture viewed the birth of Jesus not as a preamble to the crucification, but from one great and hopeful vantage point.  Jesus was what was possible.  Jesus, it might be said, would be:

The Little Child That Could

For the prophets (Isaiah and Jeremiah and Micah and Ezekiel) who looked forward, thousands of years before the birth of Jesus, the Messiah was, the little child that could bring salvation into the world.

For the Israelites who lived in slavery and bondage in Egypt, Babylon and Persia, the Messiah was the little child that could bring freedom from bondage

For the Jewish people who lived under the oppression of the Roman government and it's extremely heavy taxation and oppressive rule, the Messiah was the little child that could right the wrongs of injustice and heavy taxation

For the shepherds, who were at the bottom of the social structure (essentially "untouchables" as the continental Indians would call them), the Messiah was the little child that could help them out with their impossible tough lives.

For the Persian Magi, who trekked 3,000 miles across the desert sands to find a child that was predicted in the stars of the sky, the Messiah was the little child that could bring meaning into their otherwise meaningless lives.

So, here's my assignment for you for this week.  Try to think about the birth of Jesus as a forward event, rather than a backward one.  Pretend that you are living in the first century in Judah.  Your life is tough.  You basically live without hope.  Now, place your current life into the context of that world.  What are your current struggles and woes? And now, imagine that you have just been told, by an angel of the Lord, Do not be afraid.  I bring you good news that will cause great joy for all people.  Today in the town of David (Jerusalem) a Savior (helper) has been born to you; he is the Messiah (The Little Child That Could) [Luke 2:10-11].

And now ask yourself this.  What can this little child do for you this Christmas?  Is Jesus, for you…

The Little Child That Could?