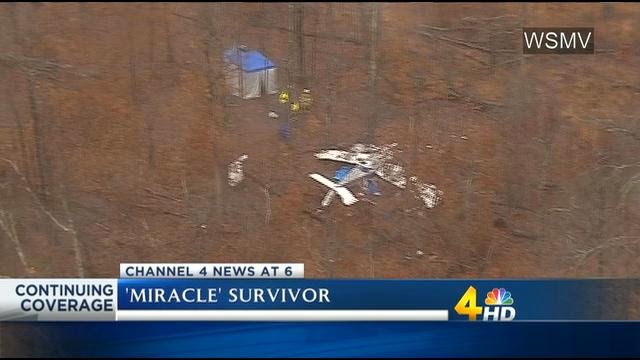 Americans like to use the word "Miracle" with frequency and ubiquity.  This past weekend, when the National College Football playoffs were taking place, fans of both the University of Oregon, and the University of Ohio said it was a - "Miracle" - that their teams won.  When family members made their gate connection on time at the airport, to visit it us over the holidays they said, "It was a miracle that we made our plane on time."  A few weeks ago when my alarm did not go off on a Sunday morning to wake me up for church (at 4:00AM), but I woke up on my own, I said, "It was a miracle that I woke up on time." But these are not real miracles.  They are nice occurrences, but not miracles.  The word miracle is overused.

Many members of the churches I have served over the years have asked me whether miracles still take place?  Are miracles just things that happened back then, or do they still happen?  Are the big extraterrestrial events of the Bible (the parting of the Red Sea, walking on water, turning walking sticks into snakes, getting water out of a rock, raining down locusts on enemies…) simply a result of explicable natural occurrences, or did God really cause them to happen?  Did God break into our world and galaxy and upset the natural scientific course of events for good ends?  Or was it just the natural turn of things?  Most people have suspicions about whether miracles really occur, even though we all deeply want to believe in them.

The official Webster's definition of a miracle is this:  "A surprising and welcome event that is not explicable by nature or by scientific laws and is therefore considered to be a work of divine agency."

This past weekend, the world experienced a true miracle.  We have all arisen this morning to watch the news coverage of this miracle.

In the dead of night, a small plane, carrying a family of four was flying from Key West to their home in Illinois.  For some inexplicable reason, the plane, a Piper PA 34, crashed in a very rural part of Kentucky.  It was very cold, very dark, and very rough in the woods where the plane tumbled and turned on the ground.  January ice and rain were thick on the leafy tundra.  After trying to rouse her father and mother and cousin, but finding that they were no longer alive, a 7 year old girl named Sailor Gutzler, crawled out of the tail section of the plane and walked, barefoot through the night.  Blood was streaming down her little, trembling body.  It was pitch black in every direction.  For almost a mile, in freezing wet Kentucky frost, and over logs and twigs, moss and liken that was strewn in her path, she ambled in the direction she thought she would find help.  Finally after almost a mile, her little hand cut and bruised from the crash, she reached up and knocked on the door of a house.  The knock could barely be heard.  If it were not for the two dogs inside, who alerted the elderly owner, the knock would not have been heard.  Larry Wilkins, the elderly man opened the door.  There standing almost naked, was Sailor.  With one sock on one foot, and the other one bare, Sailor said, "My mom and dad are dead," she said.  "I have just been in a plane crash."

Now, if we can just take a moment to wipe the tears from our eyes about this incredible story of survival, we must also recognize that it was nothing short of a - Miracle - that Sailor survived and persevered through this terrible tragedy.  Let us count up a few of the events of "divine agency" that made this survival possible:

*  Sailor is sitting in the safest part of the plane, the tail, and therefore survives a fatal plane crash.
*  Sailor is able to function after finding out that the people she most loves are all dead.
*  Sailor, injured, with a broken wrist, crawls out of the plane to safety.
*  The plane doesn't burst into flames.
*  Sailor walks almost a mile in the direction of the only house in the entire area.
*  Sailor is able to walk
*  Sailor has the courage to knock on the door of a total stranger.
*  There are dogs in the room that hear her knock.
*  The total stranger is a nice man.
*  The total stranger has a phone - in rural Kentucky that is not always the case.
*  The little girl, in total shock, is comforted by the dogs, which are exactly the same breed as the one she has at home.

By my count, this is a list of 11 events which in and of themselves don't often occur on their own.  And the list goes on.  There are simply too many details to this story to not believe that a miracle has taken place.

Again, the official definition of a miracle is:  "A surprising and welcome event that is not explicable by nature or by scientific laws and is therefore considered to be a work of divine agency."

Even as this miracle has taken place, the scientific and news-reporting world, at a loss to explain such a chain of events, without the intervention of a divine being (God), are trying to explain it away.  As I write this blogpost, two psychologists on CNN are demonstrating a high level of verbal calisthenics in suggesting that the, "human survival instinct is simply stronger in some humans than in others.  This was simply a deep survival instinct."  Hogwash (as they say in Kentucky)!

I have a daughter who is almost 7 years old, and who is a very tough little girl.  When she falls down and cuts her knee, she will bounce up right away and after a few tears say, "Daddy, I'm ok."  She's tough, really tough.  But could she survive such a turn of events as poor little Sailor did this past weekend?  The answer is and indefatigable- yes!  But only with God's help.  And God does help.  God does intervene in the most sporadic and unimaginable ways, in the difficult and tragic events of this world.

If you are facing a difficult tragedy or crisis in your life right now, be assured of this: