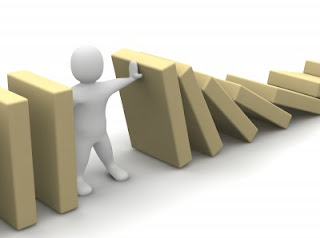 This is not a commentary on either of the two top final Presidential candidates (Clinton or Trump) or their party platforms, or their political makeup.  As a pastor, I have always believed that it was important for churches and pastors to remain neutral in most political debates - the church should be apolitical whenever possible.  The question I am asking is really about process.  Do we really know which direction to go in this country right now?  With all of the craziness around the world today involving terrorism, immigration, and extreme poverty, disease, and economic uncertainty (just to name a few issues) do we really understand as a country which person is best positioned to lead?  Do we even know enough about the issues to make an informed decision about leadership?  What about taking a six month pause in between US Presidents and reflecting, praying and discerning as a country which direction is the best direction to proceed in?

In my own professional field (the ministry), I have learned the benefit for churches when they are transitioning from one pastor to another, of having a time when an Interim pastor can come in and lead the congregation through a period of discernment.  Let me lift up some of the potential benefits of an Interim Pastor and let you apply them to the Presidency where they are helpful.  Interim pastors can help to:

Clean Up the Messes Of The Previous Pastor
Every pastor (check that - every leader), no matter how qualified or competent or gifted, has blind spots.  Every leader has areas that they are really capable in, and areas that they are not expert about.  Take one of our most famous and capable US Presidents for example - George Washington.  Washington was a great leader in the midst of a long drawn out war.  Washington was an expert at persevering, at holding together a group of people through thick and thin.  However, Washington was not particularly that capable at organizational leadership.  He wasn't great at setting-up leadership systems.  Political organization was Washington's blind spot.

Avoid The Pendulum Effect
In every system there is a tendency, when there is a transition between one leader and another, for the system to lurch to an extreme (or as the analogy indicates - to swing like a pendulum in the opposite direction).  The most classic example in modern politics is Jimmy Carter's Presidency followed by Ronald Reagan's presidency.  Nothing could be more different than the leadership styles of these two men.  Carter wore button down cardigan sweaters, Reagan wore pocket squares and tailored suits.  Carter tended to give long meandering answers to questions, Reagan tended to crisp one liners that he had rehearsed.  Many political theorists have suggested that Reagan, though a good president in his own right, was also a pendulum effect from Jimmy Carter.

The same tendency towards a "pendulum effect" exists in churches.  I know of one church where the previous pastor, a great leader, tended towards a very strong, almost heavy-handed approach to leadership.  That pastor's decisions were highly regarded and taken very seriously and carried out with exactness.  Then, the church decided when that pastor retired, to not have an Interim Pastor in-between.  So, not having had an interim, the church replaced that pastor with another pastor who had a totally different leadership style.  The new pastor was extremely passive, loose, random and even flighty in his leadership style.  It was an example of the pendulum effect.  An Interim Pastor breaks up the pendulum effect.

Assist The Congregation To Reflect Upon Their Core Identity
In the midst of the stress of day to day details, it can sometimes be hard to remember who you are as a person, or a group.  After World War II, and the German Reich led by Adolf Hitler, one of the most difficult things for the Germans to wrap their minds around was the question of who they were as a people.  What did it mean to be German?  What did it not mean to be German?  The Marshall Plan, assisting Germany with debt relief and economic recovery was a kind of Interim Leader dynamic that helped the German people begin to understand core identity issues about themselves.

Prepare The Way For The Next Pastor
Every great leader requires a person or persons who precede them to prepare the way for that person's leadership.  The best example from the Bible is that of John the Baptist and Jesus.  For years ahead of the start of Jesus' ministry, John prepared the way.  John preached and taught and prophesied - and in turn brought thousands of people to repentance and Baptism before Jesus' ministry.  Many of the people who listened to, and were healed by Jesus had actually been Baptized by John before Jesus' ministry began.  It could be argued that Jesus ministry (remembering that Jesus is fully human and fully God) would it not have been as successful had it not been for John's preparation.

Take Care of Necessary Details
I know of one Interim Pastor of a well established church in Southern California that has helped that church to balance their budget before the next pastor comes in.  When the Interim began there was a budget deficit of around $300,000.  Now, after just a short time, the budget is almost balanced.  The new pastor coming in will now, fortunately, not have to deal with the budget on day one.

Hit the Pause Button And Catch Their Breath
As I watched the Republican Presidential Convention and as I begin to watch the Democratic Presidential Convention, I am struck by one glaring reality - Americans seem exhausted! Americans seem totally tired and absolutely enervated.  The aggression that I observed at last week's convention and am sure to observe at this week's convention (both inside the hall and outside) seems less to do with deep down hatred or anger as it seems to point to an inner fatigue and depletion of people's bodies, minds and souls.  An Interim might help to calm people's nerves and offer a moment of thoughtfulness.

What harm can it do?  More to the point, after a time of prayer, discernment and reflection, won't America be in a better position do know exactly what direction in which to move?  Just sayin...