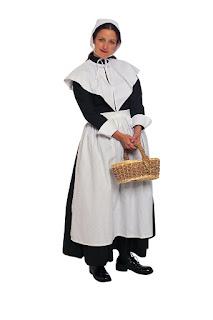 Last week, at the Christian private elementary school where my two youngest daughters attend, there were a series of theme based days where the pupils were encouraged to dress up according to the fashion ascribed for that day.  So, Wednesday was "Wacky Day", and Friday was "Sports Day" (I can't remember what Monday and Tuesday were, possibly "Normal Day" and "Mix and Match Day").  However, I do remember what Thursday was - "Spiritual Day".

Now, you would think that because I am a "man of the cloth" that helping my kids to figure out what to wear on "Spiritual Day" would be easy.  It wasn't.  What does a person wear on "Spiritual Day?"  What do "Spiritual Clothes" look like?  In earnest I checked my closet for possibilities.  They could wear one of my clerical stoles that I sometimes wear in church...I suggested helpfully.  No way!  Smart girls.  They could wear the clerical collar that I wore when I first started the ministry (sometimes known as a "dickey" or a "tabs").  Not on your life!  Very smart girls.  They could wear the tartan Yarmulke that I was given by my cousin when I helped perform the ceremony at her Jewish/Christian wedding.  Nope.

Wisely my two daughters opted for something much more understated - a simple gold cross on Haley, and a skirt featuring the "flowers of the heavens" by Sheena.

But the arrival of "Spiritual Day" did make me think about what it means to dress spiritually in a modern context.  As Protestants, we have mostly seen the garb that we wear on the outside as less important than the clothes we wear in our hearts.  But not always.  On the 500th Anniversary of Martin Luther's posting of the "Complaints" on Wittenberg's All Saints Church Door, we should remember that Luther dressed as a monk, even after he broke from the Catholic Church.  Shakers women, an off-shoot of the Quakers in England, were known to wear white head coverings and white triangle shaped fabric around their necks.

The Puritans, who basically founded America, probably were the Protestant group who embodied the need to dress-up in a spiritual way more than any other.  Puritans emphasized moderation in all things.  They emphasized "inward ornamentation of the soul".  In 1634, Massachusetts General Court banned the use of lace and some other adornments such as beaver hats.  Interestingly, the color black is often associated with the Puritans, but most did not actually wear black, because of the expense of the black dye.

As I kid, I can still remember looking forward to getting dressed up to go to church.  Before we left the house, my brother and sister and I would put on sports jackets and ties and Laura Ashley dresses. For us, "Spiritual Day" meant looking forward to looking our best.

Today, most people who attend church see it as a time when, on their day off, they want to wear whatever is comfortable.  And good for them.  For as the book of Proverbs says, "Those who do not study, are only cattle dressed up in men's clothes" (Prov. 94).  Moo!