Knowing When To Take A Stand 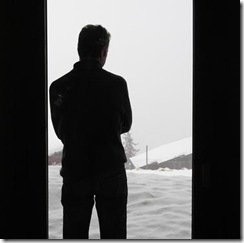 The following is an except, a chapter from my book "100 Year's of Ministry: A Practical Guide for Church Leaders."  A more updated version of this book will be available in June through Greenleaf Publishing.  Since our topic this week at FPC is, "Taking our Stand," this seemed like an appropriate entry.

Your One Big Stand

Jesus answered them, “destroy this temple and I will raise it again in three
days.” (John 2:19)

Every pastor and church leader eventually arrives at a single moment that defines his/her entire ministry.  This moment, this vote, this sermon, this position, this outreach effort, this act of compassion is literally the emblem of all that the entire ministry stands for.  The moment may not be something that is a popular issue, or that garners accolades or financial benefits.  It may be an issue that only you can articulate your passion for, and that, in matter of fact, nobody else really fully understands or cares about.  It may be a very small thing that requires acute attention and focus, or a very large thing that demands courage and conviction.  The one big moment is different for everyone.  Nevertheless, every pastor and church leader has one big happening that we, in my family, have always referred to as the – “Your One Big Stand.”
It was the spring of 1968 in Oakland California.  The almond trees were just beginning to sprout pink blossoms around the flanks of the old, coastal, Bay side city just south of San Francisco.  Of course, the spring of1968 was anything but idyllic or peaceful in the rest of the United States.  The summer of  ‘68 was the time President Richard Nixon committed extra troops to the brand new, but burgeoning Vietnam Conflict.  Across the Bay, on the other side of the horizon, Berkeley was in full throws of student riots and conflict.  Police cars and National Guard troops were the regular attention and outlet for the pot-puri of beet-nicks, hippies, counter-cultural revolutionaries, modern day prophets, and folk song revivalists who gathered on college campuses and in the middle of downtown parks.  Around the entire Bay Area, tear-gas suppressed student movements were a regular head-line grabbing occurrence, and there was disaffection for all things institutional: corporate America, western cultural hegemony, organized religion, the federal government, educational elitism, socio-economic and racially motivated defacto segregation.  The only thing missing from this volatile milieu of discontent was a single personality or a persona who would have the dynamic ability to ignite the latent psychological fuels of suppression and rage that hung heavily in the fog-like air.  The stage was set for a massive revolt and rally to be organized.  The stage was set for a dynamic, energetic, anti-establishmentarian sociologist and social scientist from the North Eastern part of the United States named Saul David Alinsky.
Now, to be clear, Saul Alinsky was an individual of extreme intellect, profound book intelligence and a person who would become a very keen social theorist.  He was once compared in one magazine to being a modern day Thomas Paine, and, “one of the great American leaders of the non-socialist left.” Some have felt that Saul Alinsky was very helpful in the United States in his suggestions that a lot of the social ills committed during the history of the world, and particularly in the 20th century, occurred because of, and in some cases aided by the Christian church.  Saul Alinsky made a large number of great contributions to the social sciences, however, in the spring of 1968, he was also being used by extremist factions in the California establishment, who were in favor of insurrection, destruction and out and out revolt.

Grandpa was, at that time, the pastor of the Park Boulevard Presbyterian Church of Oakland, California.  Park Boulevard was one of the largest Presbyterian Churches of the Presbytery at that time, though it was not often known for being at the center of politically charged battles or theological debate.  Park Boulevard was the church that people who wanted a “normal” and “balanced” church experience would attend.  The so- called Saul Alinsky debate was about to change all of that.  Because the San Francisco Presbytery had decided to invite Saul Alinsky to speak, and because so many civic leaders in many of the congregations of the San Francisco Presbytery were worried about massive riots occurring from Saul Alinsky’s visit, grandpa decided to preach against the visit.  He decided to use the pulpit of the Park Boulevard Presbyterian Church to make his “One Big Stand.”
The following Sunday morning, the sermon that was posted on back-lit sign outside of the church, and which was printed on the mimeographed bulletins insider was something like; “Why Saul Alinsky Should Not Speak,” (The exact title of the message has been lost to the ages).  Grandpa had, after much prayer, discernment, and deep Spiritual reflection, decided that trying to prevent Saul Alinsky from speaking would be his “One Big Stand.”  In all honesty, the sermon that grandpa preached was not the most inspiring or uplifting oratorical effort of his ministry.  Nor, really, did many people in the congregation entirely understand why grandpa was engaging himself and the congregation in such politically charged and nationally recognized debate.  After the sermon, some accused grandpa of pandering to petty politics and besmirching the lofty status of the pulpit of God.  Under normal circumstances, grandpa would probably have agreed.  However, such comments and editorials had virtually no effect upon grandpa’s opinion of the effort.  In essence, he knew deep down in his soul that God was convicting him to speak about this particular issue.  In the end, Saul Alinsky did not speak for the San Francisco Presbytery.  And, it is worth noting that riots and revolts were experienced in nearly every other major Bay area city in the late 1960’s which flanked Oakland: Richmond, San Francisco and Berkeley.  Mysteriously and some would say providentially, riots and demonstrations were somehow averted in only one city in the entire area – Oakland.
Years later, when asked about his reasons for preaching against Saul Alinsky’s visit, grandpa was still, somehow, unable to articulate exactly why he felt the way he had, or why he was led to focus his congregation’s attention on that particular Sunday on that particular issue.  Grandpa never again engaged with a major political, cultural, social, or cause quite like the Saul Alinsky controversy.  For whatever reason, he felt called by God to take that particular position.  That was his – “One Big Stand.”
Jesus’ “One Big Stand” was, of course, the cross.  One of the things I love so much about Jesus is that he never allowed smaller issues, other debates, various and sundry distracting causes to become his “One Big Stand.”  In Jesus’ day there were so many other issues which could have been distracting; Jewish political nationalism, Levitical purity, Commitment to the Torah, Roman philosophical thinking.  All of these issues could have pulled Jesus from the main reason that He had come to be with us.  However, from the moment that Jesus was born to the moment of Jesus’death, Jesus knew that his “One Big Stand” would be death on a cross, for all of humanity, for all of eternity.
Many pastors make the mistake of allowing lots of different issues to become their “One Big Stand.”  And so, like Don Quixote, in the Spanish novel by Cervantes, The Ingenious Gentleman Don Quixote of La Mancha, they find themselves chasing up one valley and down the next, flinging themselves every cause that comes along.  In reality, every pastor only has one major opportunity to take one major stand.  Nobody can define for you what your Big Stand will be.  But you must take it, and you will know what you must do, and how you must move forward, when that moment arrives.