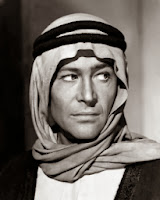 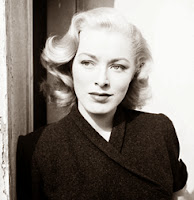 I hope you will allow me to stray a bit from the strict confines of religion and matters of God, to reflect for a moment on the passing of two film legends, this past week;  Peter O' Toole and Joan Fontaine.  Peter O' Toole died on Saturday night in London, England from ongoing complications with his health.  He was 81.  Joan Fontaine died at her home in Carmel, California.  She was 96.

Why write a blog post about the passing of these two acting legends?  Well, it just seems like a momentous occasion.  And it also seems sad.  It seems like the passing of an epoch in world history.  That I (as a 41 year old American male pastor), know so much about the work of both actors, tells me that their gifts and their craft suspended and transcended the generations.  Also, their style of acting, their entire persona of acting - they were truly movie stars - seems to have passed along with them.  Sometimes accused of being overly "dramatic" in their acting style (sometimes even syrupy), seen through the lens of history, they both had a style all their own, which isn't at all contrived when understood in it's proper context.  They were stage actors who became film actors.  Film was just being invented when they were born.

I have seen the movie, "Lawrence of Arabia" more times than I can count.  Literally, I have seen the movie hundreds of times.  Simply put - I LOVE it!  Last week when I was teaching my Bible study, I made a reference to the beginning scene of that movie, where Lawrence (TE Lawrence) is riding a motorcycle through the backroads of England.  And then the movie pans backwards many years to the barren sand swept oases of the Middle East.  The movie runs it's course, and the whole picture ends with Lawrence back on a motor cycle, and then he crashes.  A life lived - a life over.  That, I said in my study, is what it is like to read the story of the crucifixion, as we are doing (gospel of John), in the middle of Christmas season.  The entire study understood instantly what I was saying.  Lawrence of Arabia is truly epic!

My favorite movie of Joan Fontaine's was, "Rebecca," an Alfred Hitchcock movie set in an old house/hotel, where there is a brooding house keeper.  Fontaine plays the role of a brand new bride who marries a man that she doesn't really know, and who's wealthy lifestyle she is completely foreign to.

The two actors actually bore more in common than you would think.  Peter was born, as the papers have reminded us, to a bookmaker (bookie) from either Connemara, Ireland, or Leeds, Yorkshire.  His parents were both working class.  Joan (born Joan de Beauvoir de Havilland) was born to British parents in Tokyo, Japan, where her father, Walter, was a patent lawyer.  Both had hard scrabble British roots.  Joan later moved to Saratoga, California (where my grandpa was a pastor).  Peter became a modern day real life "Austin Powers," living wherever his fancy free and carefree life would take him.

I really am trying to glean something deeper, something theological from the living and the passing of these two actors.  But it's not easy.  Here's a try...

God is a creative God.  He loves beautiful things.  He made life to be fully enjoyed, and to be fully experienced.  These two people were deeply creative.  They were beautiful.  They both enjoyed their lives as much as any two people could.  Later in their lives, they became reflective of their younger (more gossamer like) selves.  Peter, in an interview just before his death said, "When I look back at pictures of myself as a young man, I say, 'I'm glad I knew that young man once.'  He was a little crazy, but he wasn't all bad.  And he cared deeply for acting.  He always wanted to be a serious actor.'"

Perhaps that is what the world will miss more than anything.  These two people, they were just people after all, were serious actors.  They took their God given talents, and worked as hard at them as any two people could.  Perhaps they never got to know the God who actually gave them those talents.  Perhaps they did.  Who are we to know.  But, I am glad and grateful that I got to enjoy the fruits of their labors.