Do You Have An Angry Car? 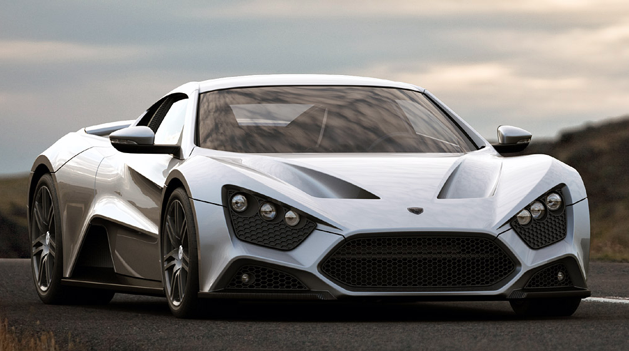 This morning, as I was driving my 5 year old daughter to school (my morning father/daughter bonding ritual), Haley said, "Daddy, you have an angry car!"  The question threw me off.  I wasn't ready for an automobile analysis at 7:45AM by the most inquisitive mind in my life.  "Your car, the front of it, the headlights, it just looks angry," she continued.  After dropping my daughter off, and looking at the headlights of my 2012 Toyota Camry, I had to admit that she was right.  A Camry is a working man's car if there ever was one - Willy Loman's wheels incarnate - but my car did...look angry.

After getting home, I did a little research into the subject and I found out that according to autoblog website that, "consumers these days prefer angry and dominant looking cars, to cars that are happy or cheery or uplifting in appearance."  Take this picture of the brand new Danish roadster the Zeno STI (enclosed with this blogpost).  This car definitely looks angry.  So here's my question to you;

Do You Have An Angry Car?

And why stop the question with our automobiles?  Do you have angry clothes?  I am told that as people live further and further towards the East Coast, rather than the West Coast, the amount of clothes that a person owns in the black color scheme grows exponentially.  Military gear and camouflage has become a common style that can be seen everywhere from high school playgrounds to fashion runways in Paris.  Is military gear angry?  Does the building that you work in look angry?  Marketing executive from McDonalds Restaurants work very hard to use warm red and yellow colors, to have children's playgrounds, to have insignia that looks friendly (the golden arches look like two big smiles, turned sideways).  McDonalds does not want an angry looking building.

Does the college that you attend look angry?  If you visit any college campus around the country, it is easy to detect the buildings that were built in the 1960's.  They are usually large cement blocks that have very few windows and have lots of pillars underneath them.  These buildings were reminiscent of military fortresses.  I lived in one of these dormitories at Macalester College that was built in the 1960's.   Rumor has it that college officials everywhere in the 1960's worried about whether students would attempt to take a building hostage (like happened at Kent State or Berkeley), and actually built buildings that could not be fortified.  The 1960's were the era of the angry college buildings.

This rather simple and silly question, "Do You Have An Angry Car?" raises for me a deeper question about how sometimes things that are out of our control (cars, clothes, buildings) can actually shape the way that other people perceive us.  Maybe rising tensions in the Ukraine, for example, could be nullified if the tanks the Russians drove actually looked less imposing.  What about tanks that looked like Volkswagon bugs?

What about church?  Do you have an angry looking church?  When I was pastor of Highlands Church in Paso Robles, the church building that we had built for us (by the Presbytery of Santa Barbara) actually looked like a barn.  This rather diminutive image of a building, a barn, worked in our favor in a town where people often thought of church as a domineering or imposing place to attend.   Initially our building was a source of ridicule.  "Ha Ha, you guys worship in a barn."  After a while though, we even capitalized on the image.  We said, "Welcome to the Barn," "Come to Church in the Barn."  On Christmas we had themes about how our God was, "Born in a Barn."  People loved it.  Nobody felt intimidated by a barn.  We did not have an angry looking church.

Who would have thought that a simple question from a 5 year old on the way to school would foment such a blogpost from me?  Maybe I will paint a smiley face on my car for when I pick up my daughter later this afternoon, and see if my car can get any happier.