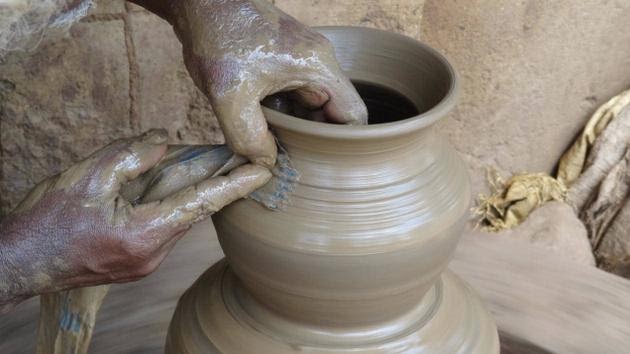 Not too long ago, I listened to a sermon from my friend Lloyd Ogilvie (I say friend, because my family and he have known each other for so long, but what I really mean is, "friend in Christ").  The main gist of Lloyd's message was that all people are made in a unique way by God and that all of us have a very unique contribution to offer to the kingdom.

Lloyd began his message by talking about how, when he took his first call in ministry (a large established call in the Chicago area), he felt quite intimidated to preach in the pulpit that he took.  The pastor before him was a legend in his own right.  Lloyd was then only in his 20's.  Though Lloyd had won the National Oratory Championship as a youth, and was a very gifted speaker in his own right, he felt un-equal to the task, un-able for the mission, I'm-perfect in the vocation of preaching in such a big pulpit.  Early on Sunday morning, many hours before church was to begin, or the sun had even risen on the horizon, Lloyd went on a morning walk.  His walk took him to a park, nearby to the church. Lloyd was not dressed in his characteristically sartorial splendor of Sunday morning, but rather he was wearing street clothes.  He was wearing on hood over his head on that crisp Sunday morning.  When he got to the park, he met a man who was sitting on a park bench.  Lloyd felt called to tell this man his woes.  "I have to preach in the pulpit down on the corner in about two hours time, and I feel totally unprepared (though I have prepared thoroughly) for the task."  The man sitting on the park bench said.  "Son, I am also a preacher."  Lloyd looked the man in the eyes and realized that he was one of the most famous preachers in Chicago (think DL Moody...or someone of the ilk, but not DL because he died in 1899).  DL said, "I have been preaching for years, and I have to preach to 5,000 people in two hours, and I feel totally unprepared as well."  Then DL (or someone of his ilk) said, "But son, I want you to listen to me.  God made all of us unique.  God made you in a unique way.  The message that you deliver in your church can only ever be delivered by YOU, because God will be speaking through YOU.  I could not deliver that.  Only YOU can do that.  So, I want you to go back and I want you to preach the best you can, to the glory of God."

Lloyd talks about what an impact that encounter had on his young burgeoning pastoral soul.

When I heard Lloyd's message I felt the same kind of liberation.  God made me in a unique way as well.  I am the only one who can carry out God's mission in the world in the unique way that I am able to.  And as I have been praying about this theme, I believe that all of us have a unique contribution to make.  Some people are preachers, others are teachers, others are bankers or accountants, or school teachers or business people, or writers or musicians or painters or homemakers.  All of us are made by God UNIQUELY, to do God's UNIQUE work in us.

To carry the point a bit further.  If we do not, each of us as UNIQUE beings made by God, carry out God's unique plans in us, then the world, the kingdom will be the lesser for it.  Let's put it this way.  God's plan, for the salvation of the world (literally the SAVING of the world) is to work through each of us.  God has done His work on the cross.  That work is finished.  But the continued work of sharing that good news falls to us.  God gave each of us UNIQUE ways of sharing that good news.  But we must do it.  We must not sit back and say, "I'm not as good as that person at the Bible," or "I'm not really very creative, God can't use me," or, "I can't contribute much," or "Let someone else do the sharing, I'll just relax."  That won't work.  God made each of us for His greater purpose, to be a part of God's greater purpose.  We are each: