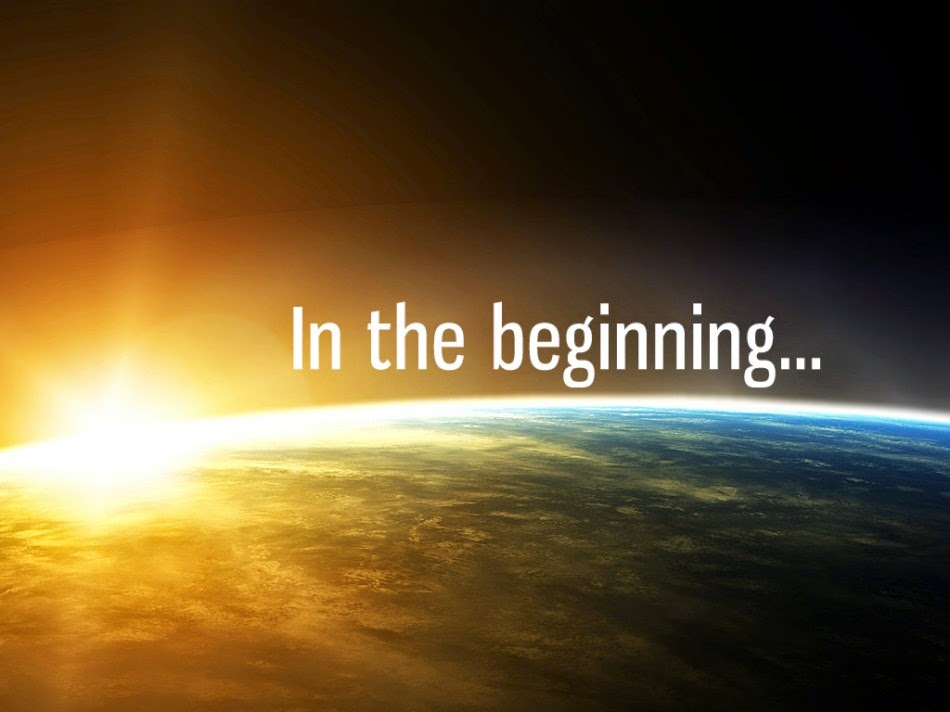 These four words establish that at the very beginning of creation there was one singular and all powerful presence - God.  There weren't other forces competing with God, or other dominions.  All that there was at the beginning was - God.  Also, we know that the very nature  of God is "goodness" and "love".  So, there wasn't any evil as we know it.  It was all "good" and all "love"

Actually, even though we call the chapter that these words come from - Genesis - for the Hebrew people the book of Genesis is known as - "In the Beginning" (Bara - Sheet).  For centuries rabbis have opened worship services with these four words:

All good things must begin with God at the very center of them.  God is the force that brings all things into focus, into order, into creation, into life.

Yesterday, Mission Street Church was launched.  And if we were to establish four words with aptly sum up our new church's launch, it could be these same four words:

*  God was there for the nearly 200 people who attended

*  God was there at 5:30AM as I loaded the first trailer onto the back of our car

*  God was there at 6:00AM when the first trailer was cracked open, and a team of 5 met to unload, even as the sun was still hidden behind the horizon.

*  God was there at 7:30AM when 10-15 volunteers arrived to help set-up church in the movie theater

*  God was there at 9:20 when people arrived to worship at Mission Street for the first time.

*  God was in the Lifewater International conversation with Sada Andrews

*  God was in the welcome time in the atrium of the Edwards Movie Theater, as Panera Coffee was consumed and Sprinkles cupcakes were devoured.

*  God was in the message that I offered about the parable of the Lost Sheep, and how God's main purpose, as is our main purpose, is to leave the 99 behind and to go after the 1.

*  God was there as people filed out of the movie theater (theater 6) with beaming grins on their faces, many of them saying, "This is fantastic!  I love it!  This is what I have been looking for for such a long time.  Thank you.  See you next week."

And God Is Good!
All The Time!