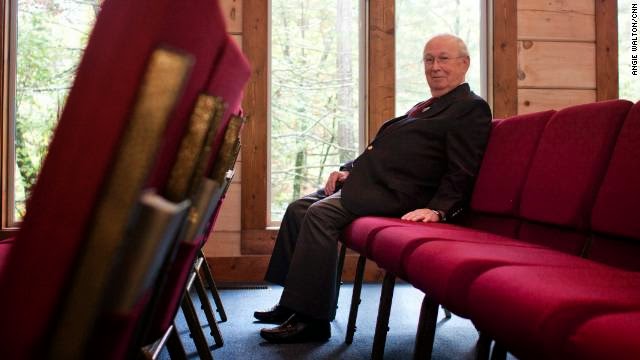 Like you, I have heard more than a few sermons in my life.  I grew up listening to my father and grandfather preach.  Their oratorical renderings with a heavy emphasis on the Sovereignty of God, were implanted deeply in my soul.  At camps and retreats I had the chance to hear countless dignitaries and luminaries in the preaching world (Louis and Colleen Evans, John Maxwell, Earl Palmer, John Guest, Billy Graham, Lloyd Ogilvie, to name a few).  Through college I attended many different churches, and heard many different kinds of preachers from chapels that flanked the Minnesota Liberal Arts Institution that I attended (John Piper, Don Misel, Bill Hybels, John Ortberg, Mark Labberton, Craig Barnes, and Erwin McManus).  All of these are great preachers.  However, this past week, the world lost the greatest preacher of his time.

Fred Craddock, at the age of 86 years old, died last week from complications related to Parkinson's disease.  Fred invented a new style of preaching, and has therefore been called a genius by many.  To give you a quick lesson in preaching, most pastors speak in what is known as a "deductive style" of speaking.  This means that they begin with a basic thesis, "God is good" (for example), and then they develop a message around that main theme, with illustrations and Biblical proofs to give veracity to this basic premise.  The basic form of this is a thesis, a Bible lesson, and three points.  Craddock did it differently.  Craddock spoke from what is known as an inductive style of speaking.  The thesis wouldn't come until the end of the message.  The beginning was filled with a wandering set of illustrations that sometimes led the listener to wonder where, exactly, this message was going.  But by the end of the talk, the whole room were led, rather than commandeered to a central theme and point.  A good way of thinking of a deductive versus an inductive style is a triangle right side up, versus a triangle upside down.

A great example of the message style was one of his most famous, "Have You Heard John Preach?"  The message basically lifts Jesus up as a sort of afterthought to the Savior's cousin - John the Baptist.  Craddock, and I am explaining this sermon from memory, fifteen years since I encountered it, which goes to show you that it made a distinct impression on me (most people can't remember a sermon five minutes after it is preached:-), began by talking about the book of Mark, and how Mark basically focusses on John the Baptist as the main leader of his time, and then Jesus came along and emulated his older cousin.  What is interesting is that while on it's face, it would seem that this is a kind of heresy, Craddock showed that there is some Biblical truth to the notion.  For example, "In the beginning of the gospel about Jesus Chrsit, the Son of God….And so John came, baptizing in the desert region and preaching a baptism of repentance for the forgiveness of sins" (Mark 1:1-4).  It goes on and on and on about John, and then says, "At that time Jesus came from Nazareth in Galilee and was baptized by John" (Mark 1:9).  The end of the sermon went something like this; "If you want to hear the living truth of God in your life, you have to meet Jesus.  But if you want to meet Jesus you have to walk through the desert first, and there you will find John."  Brilliant!

Another wonderful illustration that Craddock gave once was in a message he gave on evangelism for a conference.  The previous speaker to Craddock gave, I am told, a long-winded talk that went on for over an hour with intricate power points and detailed diagrams of how to do evangelism.  Then, Craddock got up to speak.  People had no interest in hearing another talk.  They wanted to just go home.  Craddock gave a quick illustration that summed up his entire approach to evangelism.  Craddock talked about a stray cat that he found recently that had been injured. He and his wife took the cat in and nurtured it back to health.  Not long after the cat recovered, a friend came to Craddock and said, "That is a very expensive and fine cat."  Craddock ended with the words, "Was that the same cat?"  Priceless!

Once when I was preaching for a large audience at Purdue University in Indiana, I had the chance to meet (and speak right before, gulp), Tony Campollo.  I asked Tony who his preaching influences were.  He said, "Hands down, Fred Craddock."  Last summer I took a preaching class from another modern day preaching legend, Will Willimon.  I asked Will who his preaching influences were.  He said, "Fred Craddock, to name one of many."  This morning I called and asked Willimon to comment on Craddock's death.  Willimon said, "Fred really taught me to preach.  I never had a class with him, but his books changed the way I thought about the sermon and helped free me to present the gospel in my own voice, stories and all."

What is also remarkable about Fred Craddock is that for many years he pastored not a megachurch in a big city, but a rural congregation - the Cherry Log Christian Church in Blue Ridge, Georgia.  Cherry Log Church is where Craddock's funeral will be held today at 2:00PM.