A Master of Understatement Has Died 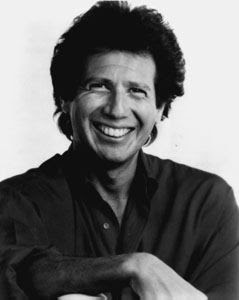 If you've ever seen a modern preacher speak in a totally relaxed way, while slipping seemlessly between a standing position, a hand in his pocket, and sliding onto a bar stool, then you have comedian Garry Shandling to thank.

If you have ever felt that your soul just couldn't take another heavy, dark, foreboding (and forbidding) Easter sermon message, but to your surprise the pastor stood up and instead said; "I know you all have a lot to do this morning, but I just want to take a moment to share a few things that have been on my heart," then you have comedian Garry Shandling to thank.

If you have ever attended a large church conference, say the Global Leadership Summit (Willow Creek), and you sat back, before it began, wondering if it was really worth the trip and the money, and then an announcer got up on stage and, with total apparent ease - made you laugh, cry and really tune in, then you have comedian Garry Shandling to thank.

On Friday, comedian Garry Shandling died of an apparent heart attack (and by the way, even if subsequent reports of Garry Shandling's death end up to be more lurid than the initial details that have been reported, it doesn't matter since this blogpost is more about style than content), at the age of 66, in Los Angeles, California.

For a long time, public speaking and preaching have been about a single, forceful, totally deliberate and laser-like act of larger than life personality and message.  The great speakers and preachers of this ilk have all embodied these traits (Billy Graham, John F. Kennedy, Louis Evans Sr., Lloyd Ogilvie, Woodrow Wilson, Teddy Roosevelt).  When these speakers and preachers delivered their message, it was with searing-hot intensity and intentionality.  You knew that they had prepared every detail of their talk for months in advance, and that every single effect and affect and delivery note was rehearsed.

Stand-up comedians tended towards the same dynamic.  Johnny Carson, for all of his off the cuff "awe shucks" delivery, was extremely rehearsed.  Bob Hope, for all of his golf-club swinging shenanigans had an intentional comedy set, which he would deliver from beginning to end, and then sit down.  Both men often delivered their monologue in suits, with pocket-squares - need I say more.

Garry Shandling was different.  When Garry delivered a monologue, you got the feeling that he had just thought of a joke right at that moment, and last second decided to deliver it.  Garry's entire countenance on stage often reminded you of a guy they just picked off the street and who somehow found himself on stage in-front of millions of people with lights and microphones in his face.  What was funny was that Garry didn't seem to want to be there, but at the same time he did.  Shandling's understated approach made you feel extremely comfortable, at ease, and even welcomed.

Many modern Christian speakers and preachers remind me of Shandling in their delivery.  Dr. Henry Cloud has a comedic delivery, and no-nonsense approach that sometimes smacks of Garry Shandling.  Kenton Beshore, senior pastor of Mariners Church in Irvine, California has a tincture of Garry Shandling in his presentation.  Andy Stanley, senior pastor of North Point Community Church in Atlanta, Georgia reminds you of Garry Shandling on occasion.  All of these modern Christian speakers are a refreshing antidote to centuries of speakers who have sometimes taken themselves altogether too seriously.

In an interview that was recently published in the wake of Shandling's death, he told NPR interviewer Terry Gross that in his first television appearance on the Tonight Show, he got a standing ovation.  In reference to this he said,"And you know, I really am not that funny, I know that...it was just one of those things...."