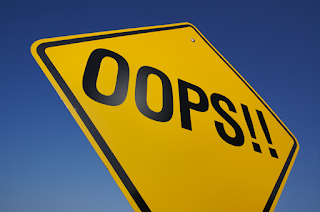 Did you know that both the first World War and the second World War might have been avoided had a driver not taken a wrong turn?  The story goes like this (recounted in beautiful detail in Margaret MacMillan's fabulous new book, History's People.)

The date is June 28 of 1914 - and the place is Sarajevo.  The heir to the Austrian throne, Archduke Franz Ferdinand, was visiting this rural hotspot, on a sightseeing tour, even though he knew that Serbian nationalists were fomenting a coup against the Austrian government.  June 28 was a particularly dangerous day to visit, since it was "Serbian National Day" - (equivalent to Cinco De Mayo in Mexico where many people shoot off guns as a part of the day's celebration).  Most of the worst worst agitators had already been rounded up as a part of the royal security for the day.  Only one man - Gavrilo Princip - remained at large.  Princip was hanging out on a back street.  Franz Ferdinand's car, being driven by a chauffeur (a driver), was trying to get to a big celebration planned for that day.   By mistake, the driver turned down the wrong street - right in front of Princip.  He made a wrong turn!  Realizing his mistake, the driver brought the car to a halt, and clunkily put the car in reverse.  In those days, before automatic steering, such automobile reversals were no small feat.  The car went "clunk, clank, clunk...."  At that moment, Princip stepped out and shot the Franz Ferdinand and his wife at point blank range.  The rest, as they say, is history.  The death of Archduke Ferdinand gave Austria the excuse to attack Serbia.  Germany backed Austria-Hungary.  Russia backed Serbia.  World War I was afoot.  Most historians agree that World War II was really a carryover from World War I.  All because of - one wrong turn!

This morning I want to write about:

Today's New York Times has a cover article about the Bernie Sanders campaign (I use this example not to endorse but to illustrate my point).  The title of the article is, "Early Missteps Seen As a Drag on the Sanders Campaign".  The article goes on to say that the reason that Bernie is not in a more significant position against Clinton because of seemingly very small decisions early on in the campaign.  In early 2015, Sanders insisted on devoting time to his job as a senator instead of campaigning around the country.  According to Ms. Sanders, his wife, "We didn't run all over the nation last year.  we spent  every week in the Senate, and every weekend on the race for president."  She recognizes now that it should have been the other way around.  It is...simply put...

I have a friend who is currently serving time in a Federal Penitentiary.  For all of his life, he has struggled with substance abuse in various forms.  Most of these struggles have surrounded alcohol.  One day, at a party, my friend was introduced to a much more addictive substance - methamphetamine (Crack).  The addiction soon became full blown, and his whole life became a spiral downward.  At a weak moment, and because he needed extra cash to support his habit, he robbed a bank.  Convicted of this crime in Federal Court, my friend has already served a twenty year sentence, which is now only half over.  Had he not tried that drug at that party, who knows how his life might have been different.  It is...simply put...

The other day, I was driving home from work and I saw a homeless man by the side of the freeway asking for money.  I gave him what I had with me -  a handful of coins in my change holder.  But as my hand touched his, I wondered what small decisions he might have made, which were "wrong turns" that might have contributed to him being in the place where he now was.  He might have thought that his whole life was a mistake, but maybe it was only one small but significant thing.

And the same premise works in reverse as well.  Very small decisions and choices can make a great difference in a positive way as well.  The change in a child's diet (to eat healthy foods) can make all the difference about their overall performance in school.  A single caring person, calling at exactly the right moment, can alter a person's entire life trajectory.  A book that we read (or a blog:-), at exactly the right moment for us, can change our whole world view.