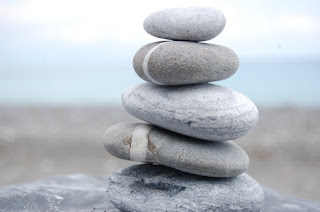 For nearly two years, Mission Street Church met in a huge movie theater by the side of Highway 101 - just as you are driving through Camarillo (The Edwards Movie Theater).  Each day, I literally drive by the old movie theater two or three times as I pass through town.  Our church no longer meets in the Edwards because of cost increases in the movie industry (the theater in the end was costing $1,000 per week) but the theater landmark still holds a place in my heart as an emblem of God's work in my life, and the potential of God's work in the world.  Whenever my two daughters see the Edwards theater from the car they yell out - "'There's the church!"

When Mission Street first began, I committed myself to pray for this new church, this new work of the Spirit, each time I passed the Edwards Theater.  Using the example of Jack Hayford, who prayed over every chair in the church that he began many years ago, I prayed over the theater: "Dear Lord, please be with Mission Street Church - and build whatever you want to build here, In the Name of Jesus -Amen" (I said that three or four times a day).  And so, the theater developed as a kind of "Pavlovian" or  "BF Skinnerian" response mechanism for me.  When I saw the theater, I prayed.

After Mission Street moved from the theater to the "Sessions @ The Loft" (art studio), I still had the habit of praying for the church, even though we didn't meet in the Edwards any more.  Somehow I understood that that was what God wanted me to now do with the theater.  To pray, to pray, to pray...every time I saw the Edwards.  Now, I pray for lots of things whenever I pass the Edwards (world peace, Christianity, healing in a person's life, my kids, my wife, my congregants, other churches, my larger calling, my personal needs).  The Edwards for me has become my Ebinezer.  And so, this week, I want to encourage you to;

Ebinezer was also the place where the Israelites, under Samuel, years later, defeated the Philistines.  And so, the stones marked a place of victory.  Ironically, the place holds a double purpose for the Israelites - it marks both defeat and it marks victory.

Real places of faith always occupy competing aspects of victory and defeat, joy and sorrow, happiness and hardship - in all of our lives.

To help the Israelites remember that place, God told the Israelites to build a stone monument to help commemorate God's aid during a time of trouble, an "Ebinezer".  "Ebenezer" literally means "Stone of Help".  Whenever the Israelites saw that stone, that pillar, that monument, that small building, they were supposed to think of God and remember and thank and ask God for future provisions.  There they would remember the good times and the hard times.

There is an old church hymn called, "Come Thou Font Every Blessing" in which there is a line in the middle of it that goes; "Here I Raise My Ebinezer".  As a young kid, I used to wonder what that meant.  Did God want me to read "A Christmas Carol" featuring "Ebinezer Scrooge"?  What did it mean?  Years later, I realized that an Ebinezer is a monument (usually stone) that reflects and marks God's work in our lives.  It reflects the good times and the hard times.  There we should remember God.

I have a friend whose father passed away not too long ago.  His father is now buried in a local  cemetery not far from his home in the family plot.  Like all father-son relationships, my friend struggled with aspects of his Dad's personality.  He also benefited from many other aspects greatly.  My friend goes to visit his father's grave every now and then.  His Dad's grave stone is a kind of monument, a kind of marker, a kind of "Stone of Help" that reminds him of who he is, and who he can be, through God.  He remembers and gives thanks and prays there.

Mine is an old movie theater along the side of Highway 101 that no longer houses the church I am helping to build - but it does house something much more important - my prayers, gratitude and hopes for the future in God.

that we used to sing