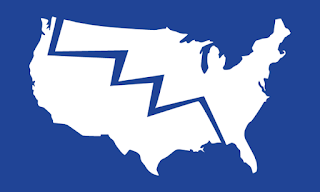 Not long ago, I went to one of my favorite restaurants in Burlingame.  It is not a famous or a fancy restaurant, but it does serve consistently great food.  Surprisingly, though, on this day, the food was not up to the standard that the restaurant usually served up.  The meat was a little over done, the vegetables were also overcooked, and the presentation wasn't particularly inspiring.  What to do?  Should I put this restaurant in the "bad box" - and not ever return to that restaurant again, or should I just chalk it up to a "bad day" - the kind that all of us occasionally have?  I decided on the latter.  A week later, I went back to the restaurant, and the food was as good as usual.

Similarly, I went to a movie recently from one of my favorite directors.  This director had consistently made movies that were always thought provoking, well crafted and well acted.  However, on this matinee occasion, the movie that I was hoping would be great, was just ok.  What to do?  Should I put that director in the "bad box" - and never see another one of his films, or should I chalk it up to "one cinematic failure", in the context of a larger career of great films?  Again, I did the latter.  And I will look forward to this next director's film.

Where am I going with this blog?

We live in a world where people are more divided today than ever before.  Not only are the divisions chasm like, but they are more entrenched than ever.  It's not that fun to be in the same room with people of differing opinions these days.  If you think about it, however, most of us are divided, over only one issue.  There are many to choose from, here is a list of common malefactors in the world of division:

The list goes on and on.  When we get divided on a particular issue, we have the tendency, unlike the model that I have put forward for a restaurant or a movie director, to put a person in a kind of "bad box".  Because they differed on one particular issue, they are bad!

A recent personal revelation that I have come to is that division from another person is as much my responsibility as it is someone else's.  If I have had a good relationship with someone for a period of time, and then a division occurs over a difference of opinion, I have decided not to let that ONE issue be the cause of division.  If, on the other hand, there is a long pattern of behavior from someone, that is not relationship building or sustaining, then a division is often an appropriate decision.  However, there needs to be more than just "one bad meal", "one bad movie", "one bad encounter", that causes a division.

There is an old English phrase that is used in marriage ceremonies still today that can be useful here.  It is:

Asunder, is an old English word (ONSUNDRON) that means - "into parts" "into different pieces" "apart from each other in position".  In marriage ceremonies it is used in the phrase, "What God has joined together, let no man tear asunder."  The idea here is that it is often our own choice what divides us and what doesn't divide us.  A person (man) can decide what will cause a rift and what will not.

In my own faith journey, I have decided that I am going to be the one that decides what things are cause for division and what things are not.  If it is just one differing opinion, or difference in perspective, I'm going to give that person the benefit of the doubt.