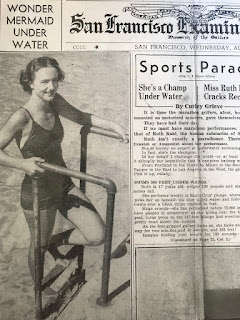 I've been thinking a bit lately about the concept of...

I've not been thinking about "worth", strictly speaking, in the monetary sense, but rather about the subject of "worth" in the more general sense.  The questions I've been asking myself are; "What is it that makes a thing have worth?"  "What is it that gives another thing value?"  "What is it that causes us to consider one thing as having more intrinsic desirability in life, over another?"  Of course, the answer to this varies from object to object.  A painting worth $1 million dollars to one person isn't worth even $1 to another.  One man's rags are, as the saying goes, another man's riches.

The writer, Arthur Schopenhauer, once said, "Mostly it is loss that teaches us about the worth of things."

This past week I lost my grandmother.

She died of "natural causes", which is the name that doctors give to any ailment that a person has after they reach the age of 99, which she did.  She lived a happy, and seemingly full life.  In the picture above, she is captured on the cover of the San Francisco Examiner newspaper in 1938 as the face of youth, vibrancy and beauty, who swam in the Santa Cruz Aquacade with Johnny Weissmuller and Esther Williams.  She was Miss Merced in a beauty pageant in her hometown.  She holds the underwater world record, to this day, for distance swimming.  But that was long before I knew her.

To me, she was always just - "grandma".  But what I have been realizing, leading up to her death, and now after her death, is that in a very real sense, she gave me worth.  Or should I say, she gave me a sense of self-worth.

Combing through her volumes of picture albums which adorned her tiny room in the nursing home in which she lived, I discovered picture after picture of different stages of my life.  She captured on now be-yellowed polaroid photographs, almost every mundane and trivial activity of my youth.  A picture of me holding a soccer trophy in Boise, Idaho in 1979 (I was terrible at soccer, as the super white uniform, unstained by any grass or dirt or sweat conveys).  A picture of me three years later at a soccer match in 1982 (I was even worse then).  It was the same year that she took a picture of me playing the bagpipe chanter with my father, at age ten (Even grandma must have known I had no future in the English Premier League of Soccer).  A picture of me standing next to my grandpa and my dad, both pastors, in February of 1984 (I'm trying to look serious and "pastoral" in this photograph, an omen of things to come).   Grandma recorded and catalogued nearly every event of the first 18 years of my life.

But what I realize now, these 29 years later, is that grandma was doing much more than simply taking photographs of my life.  She was giving me WORTH.  By investing in my every move and award (usually it was, "most improved player" and not "most valuable player"), she was adding intrinsic value to the movements of my life.  Worth comes into our lives when others invest in us.  Worth can be imbued through an investment of time, attention, focus, affection, notation, and demarkation and cataloging.  We make deposits of worth in other people's lives, not one penny at time, but one moment at a time.  And these momentary depostits can add up to huge hedge funds of dividends.

They did for me.  Today I'm a wealthy (at least in memories) 47 year old man.  Hey, I still have the photographs that grandma took of me almost three decades ago.  And when I look at them, I remember, that she gave to me the most important thing I own.  My...